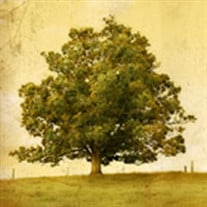 William "Bill" Lee Burge, Sr.   Aberdeen - William Lee Burge, 79, passed away Saturday, August 5, 2017, at Gilmore Memorial Regional Medical Center. He was born in Memphis, Tennessee on March 11, 1938, to Leopold Moseline and Hortense Quay Parks Burge. He served his country in the United States Army Reserve for four years. On July 15, 1960, he married Kay Spaulding Burge in Memphis, Tennessee, and they were married for 57 years until her passing in June of 2017. For 30 years, Bill owned and operated CEMCO Supply Company until his retirement in 2006. He enjoyed meeting a group of his friends at the Ramada Inn for coffee every morning. Bill had a great love for the outdoors and referred to it as his "church". He was an avid hunter, golfer and fisher. He was Baptist by faith.   Survivors include four children, Janet Filgo of Amory, Sandra Bishop (Mike) of Baldwyn, Terry Cupp (J.A.) of Saltillo and William Burge, Jr. of Tupelo; brother, Dick Burge (Toni) of Fort Worth, Texas, grandchildren, Josh Burge, Austin Cupp (Tiffany), Jamie Murphy, Becky Bishop, Niki Dunn, Kayleigh Hutcheson (Shawn) and Gavin Cupp; eight great-grandchildren; nephews, Richard Burge and Tim Burge (Monica) and one niece, Susan Dotson (Christian).   He was preceded in death by his parents, and wife, Kay Frances Burge.   Expressions of sympathy may be left at www.peguesfuneralhome.com.

The family of William "Bill" Lee Burge, Sr. created this Life Tributes page to make it easy to share your memories.