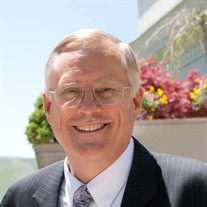 Wayne Allen Whipple Tupelo – Wayne Allen Whipple, 69, passed away Thursday evening, March 31, 2022, at North Mississippi Medical Center in Tupelo, surrounded by his loving family. He was born in Colorado Springs, Colorado, on July 6, 1952 to Alma Virgil and Mary Lorraine Whipple. He was raised in Sandy and Granger, Utah, where he graduated from Granger High School in 1970. While in school, he was a member of the swim team and won several regional and state awards. Wayne was a journeyman electrician and earned two Associate degrees, in Business and Electronic Technology. He retired from NESCO in Tupelo after 30 years of electrical sales. Wayne married his eternal sweetheart, Carolyn Duncan, on March 29, 1974 in the Salt Lake, Utah Temple of The Church of Jesus Christ of Latter-day Saints. Together, they enjoyed many happy years raising their family, traveling, serving in the church, and spending time together. They recently celebrated 48 years of marriage and look forward to being together forever. Wayne was a faithful, lifelong member of The Church of Jesus Christ of Latter-day Saints. He held many leadership positions, including Bishop of the Booneville and Tupelo Wards, and various other ward and stake callings. He served as a missionary in the Gulf States Mission from 1971 until 1973. Together with his wife, he served for over seven years in the Memphis, Tennessee Temple and a one-year Family History Mission for the church. He was an avid Scouter, earned the rank of Eagle, and served in various leadership capacities in the Boy Scouts of America for over 25 years. He was pleased that all of his sons also earned the rank of Eagle and that all five of his children were married in the Temple. Wayne was a stalwart disciple of Jesus Christ, always accepting opportunities to provide service to others, and is remembered by many for being an exceptional teacher. In his life, family was first, and he was always concerned about each member of the family and what he could do for them. He was known for encouraging his children to “make good choices” and to keep “making memories.” Playing guitar, woodworking, and taking family vacations were some of his favorite things to do. Wayne and Carolyn especially enjoyed their 40th anniversary trip to Hawaii. He is survived by his wife, Carolyn Duncan Whipple of Tupelo; one daughter and four sons, Holly Lorraine Babcock (Jonathan) of Kennesaw, Georgia; Joshua Nathan Whipple (Ambur) of Rancho Mission Viejo, California; Patrick Dale Whipple (Brigette) of Madison, Mississippi; Nicholas Shawn Whipple (Kristy) of Farmington, Utah; and Adam Craig Whipple (Jessi) of Buena Vista, Virginia; grandchildren Anna, Will, Mary, and Jake Babcock; Marie, Capri, Joaquin, Allie, Aubry, Duncan, Preston, Collin, Ellie, Faye, Wes, Max, and Jade Whipple; his sister Maureen Burbidge (Lynn), brother Dale Whipple (Miriam), and sister Jeanette Crotchett, all of Utah; sister-in-law, Karen Whipple Miller of Arizona; sister- and brother-in-law, Rhonda and Sammy Allred of Corinth; and a host of nieces and nephews. He was preceded in death by his father and mother, Alma Virgil and Mary Lorraine Whipple; and brother, Ron Whipple. Pallbearers will be his sons: Josh, Patrick, Nicholas, and Adam Whipple; Jonathan and Will Babcock; and Sammy and Clayton Allred. Honorary pallbearers will be Matt Westcott, Mark Westcott, Chris McKissack, Mark Rulewicz, Vern Christensen, and Muncie Hayes. Visitation will be from 6 until 8 p.m. Tuesday, April 5, 2022, at W.E. Pegues Funeral Home, Tupelo. Services will be 11 a.m. Wednesday, April 6, 2022, at The Church of Jesus Christ of Latter-day Saints, 1085 S. Thomas Street Tupelo, MS 38801. W. E. Pegues Funeral Directors is in charge of the arrangements. Burial will follow in The Church of Jesus Christ of Latter-day Saints Cemetery, 147 County Road 1251, Booneville MS, 38829. Expressions of sympathy and fond memories may be made at www.peguesfuneralhome.com.

The family of Wayne Whipple created this Life Tributes page to make it easy to share your memories.

Send flowers to the Whipple family.