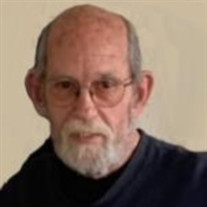 Walter Barnett Nettleton- Walter Lee Barnett, a career United States Air Force veteran, died Monday, January 25, 2021 at North Mississippi Medical Center at the age of 69. Born March 10, 1951 in Illinois, he is the son of Leonard Leon Barnett and Virginia Naomi Himes Barnett. After graduating high school, Walter began his long and accomplished career in the United States Air Force. He served in numerous capacities, spending several years in Taiwan and the Philippines during Vietnam War years, was a Gulf War and Iraq War Veteran and completed his service as a C-130 Flight Engineering Instructor. During his 23 years of service, he was decorated with several accolades including, Combat Readiness Medal, Air Force Longevity Service Award, National Defense Service Medal, Overseas Long Tour Ribbon, Air Force Good Conduct Medal, Air Force Commendation Medal, Aerial Achievement Medal and Iraq Campaign Medal. Although the Air Force was a large part of Walter’s life, he was also well known as an excellent musician, and was a member of several bands and played in many acts throughout his life. He even spent two long tours traveling the world on special military assignment as a USO musician. He is best known locally as the “Banjo Man” for his love and talent for playing the banjo. He was a happy-go-lucky man who had many friends, and loved his dog, Yana. Walter is survived by his two sons, Jack Barnett of London, UK and Beau Barnett of Poth, Texas; six grandchildren; sister, Lynda Diane Love; brother, Leonard Barnett; special friend, Judy Pillartier; caretaker, Brenda Christian; and best friend, James “Fuzz” Adams. He is preceded in death by his parents. Visitation will be 2 until 4 p.m. Friday, February, 19, 2021 at W. E. Pegues, Tupelo. Services with Military Honors will be 4 p.m. Friday, February 19, 2021 at Jefferson Street Chapel of W. E. Pegues with Rev. Randy Clark officiating. The service will be live streamed and recorded for those who may not be able to attend at www.peguesfuneralhome.com. Expressions of sympathy and fond memories may be left at www.peguesfuneralhome.com.

The family of Walter Barnett created this Life Tributes page to make it easy to share your memories.

Send flowers to the Barnett family.