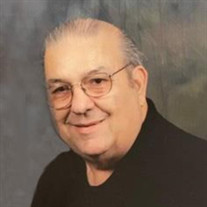 Travis Avant Tupelo- Travis Wayne Avant, 80, passed away Friday, April 15, 2022 at the Leeper Greenhouse at Traceway in Tupelo. He was born in Newton, Alabama on April 1, 1942 to John Floyd Avant and Louise Blackmon Avant. He faithfully served his country in the United States Army and was a proud veteran. He retired as the District Manager for Lance Snack Food after a long and successful career. He was a longtime member of First Baptist Church in Tupelo and served as a Deacon. Travis is survived by his sister, Margarette Avant Grimes and her husband, Jimmy, of Ozark Alabama; numerous nieces and nephews; brother-in-law, Mike Sexton and his wife, Joni of Ottumwa, Iowa; and long-time friend and caregiver, James Shelton and his wife, Shirley, of Tupelo and their daughter, Elizabeth Garvin and her husband, Patrick, and their children, Russum and Cooper. He was preceded in death by his wife of 50 years, Ellen Sexton Avant; parents; brother, Kenneth Avant; and sister, Mildred Avant Grimes. Visitation will be 4 until 7 p.m. Monday, April 18, 2022 in the Jefferson Street Chapel of W. E. Pegues. Graveside services will be 2 p.m. Tuesday, April 19, 2022 at Garden of Memories in Headland, Alabama. W. E. Pegues Funeral Directors is in charge of the arrangements. Honorary pallbearers will be Terry Byers Sunday School Class at First Baptist Church, Tupelo. Memorials may be made to the First Baptist Church, Harvest Fund, 300 N Church St, Tupelo, MS 38801. Expressions of sympathy and fond memories may be made at www.peguesfuneralhome.com.

The family of Travis Avant created this Life Tributes page to make it easy to share your memories.

Send flowers to the Avant family.