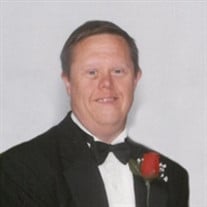 TRAVIS "BROTHER" ADAMS, JR. Tupelo - Travis Graham Adams, Jr., 58, went to join his family in heaven on Thursday, September 28, 2017 after an extended illness. He was born August 18, 1959, to the late Travis and Ila Hudson Adams in Florence, South Carolina. Travis, or "Brother" as he was more affectionately known, was born with Down's Syndrome and immediately stole the hearts of everyone who knew him. Brother loved wrestling, Elvis Presley, hot shaves, watching TV, coloring, going out to eat, shooting pool, bowling, dancing and socializing with just about anyone who would take the time to talk to him. He will be dearly missed by everyone who knew him. Visitation will be from 4 until 7 p.m. on Saturday, September 30, 2017 at W. E. Pegues, Tupelo. Services will be held at a later date at Kiser Funeral Home in Cheraw, South Carolina. Survivors include his sister, Phyllis McKoin (Jack) of Tupelo; extended family, Angel Harbin (Terry) of Tupelo and Samantha West (Matt) and their children of Mooreville; aunts, Lois Poole and Lillian Hudson Stubbs both of South Carolina and several cousins. He was preceded in death by his sister, Dana Lynn Adams Miller, parents and grandparents. Memorials may be made to the North Mississippi Medical Center Home Health and Hospice, 830 S Gloster Street, Tupelo MS 38801. Please list Travis Adams when donating. Expressions of sympathy may be left at www.peguesfuneralhome.com.

The family of Travis "Brother" Adams created this Life Tributes page to make it easy to share your memories.

Send flowers to the Adams family.