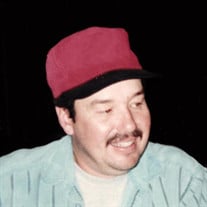 “Tony Mac” McDaniel Evergreen Community- Tony Marvan McDaniel- died Sunday, October 31, 2021, at North Mississippi Medical Center at the age of 60. He is the son of Alfred Laney, Sr. and Mary Jo “Jodie” McDaniel Laney. He was born on March 28, 1961. After graduating from Itawamba Agricultural High School, he began his career at Evan’s Lumber Company which lasted over 20 years. Tony Mac as his friends affectionately called him was an avid outdoorsman. He would spend a lot of his time riding his side by side with friends, fishing, and hunting. Tony Mac could often be found working on automotive repairs in his shop with his companion of over 25 years and best friend, Samantha Hannah. Playing rook with his family and friends became a family staple and one of his favorite pastimes. Tony Mac was a loyal man who was known for being a straight shooter and at times brutally honest. Tony Mac leaves behind his companion and best friend, Samantha Hannah of the Evergreen Community; a half brother, Dr. John Burt (Rana) of Huntsville, Alabama; nieces, Alli Rodgers (Wesley); Megan Loague (Wesley), and Katie Tortoris (Jake); nephew, John Andrews Burt (Cadence); and great-nieces, Noelle Rodgers, and Abigail Burt. He was preceded in death by his parents, Alfred and Jodie Laney; brother, Al Laney, Jr.; and aunt, Sudie Burt. Graveside services honoring Tony Mac’s life will be 1 p.m. Saturday, November 6, 2021, at New Chapel Cemetery with Dr. John Burt officiating. W. E. Pegues Funeral Directors is in charge of the arrangements. Pallbearers will be Chris Baker, Johnny Conwill, Chris Gillentine, David Hankins, Jeff Ramey, Tony Riley, Jerry Simmons, and Phillip White. Expressions of sympathy and fond memories may be left at Tony Mac’s memorial page at www.peguesfuneralhome.com.

The family of “Tony Mac” McDaniel created this Life Tributes page to make it easy to share your memories.

Send flowers to the McDaniel family.