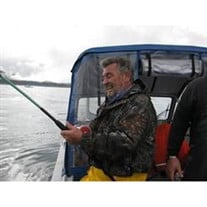 TOMMY RAY SLOAN   Tupelo - Tommy Ray Sloan, 71, went home suddenly to be with the Lord on Friday, March 11, 2016, from North Mississippi Medical Center. He was born in Ratliff, Mississippi on June 24, 1944, to Senter and Halsie Sloan. Tommy worked most of his life in sales, farming and raising/training walking horses. He was known to everyone as a very compassionate, outgoing person who never met a stranger. Tommy was a member of West Jackson Street Baptist Church.   Visitation will be from 4 until 7 p.m. Wednesday, March 16, 2016, at W. E. Pegues, Tupelo.   Services will be 1 p.m. Thursday, March 17, 2016, at the Jefferson Street Chapel of W. E. Pegues with Rev. Andy Dozier officiating. Burial will follow at Oak Grove Cemetery in Ratliff, Mississippi.   Tommy is survived by Phyllis Sloan his best friend and loving wife of 51 years. Other survivors include; sons, Jonathan Sloan, Bo Sloan and wife, Holly; sister, Billie Fae Christensen; nephew, Sloan Christensen; niece, Shannon Christensen and many, many friends.   He was preceded in death by his parents and beloved son, Brad Sloan.   Pallbearers will be James Hinds, John McFerrin, Larry Grissom, Bill McDaniel, Ronny Earl Norwood and Ricky Campbell.   Honorary pallbearers will be Romie Palmer and Robert Earnest.   Memorial gifts may be given to the Shriners Hospital for Children. Checks may be mailed to, 3100 Samford Avenue, Shreveport, LA 71103, or phone 318-226-4272 to donate by credit card.   Expressions of sympathy may be left at www.peguesfuneralhome.com.

The family of Tommy Ray Sloan created this Life Tributes page to make it easy to share your memories.

Send flowers to the Sloan family.