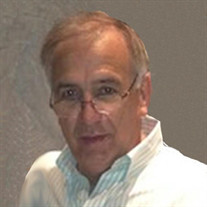 Thomas R. Cook Tupelo formerly of Olive Branch- Thomas Rockett Cook, at the age of 74, died Sunday, June 20, 2021. The charismatic and one of a kind man, Tom was born April 3, 1947, in Birmingham, Alabama to Leonard Arthur Cook and Mary Ruth Rockett Cook. In 1965, Tom graduated from Banks High School, after graduation he attended West Point Military Academy. He finished his Bachelor’s degree at Samford University in Birmingham, Alabama. Tom had the exceptional ability to make everyone feel important and included. Because of Tom’s gifted personality, he was a natural at sales. He spent the majority of his career in Sales Management in the furniture and lighting industry. He was known for being a trusted business partner, who enjoyed helping buyers reach their true potential. After marrying his wife, Angela on February 26, 1998, he joined Grandview Lighting in Memphis, Tennessee as the President. Due to Tom’s unwavering work ethic and his charming people skills, he was instrumental in the success of their company. Angela and Tom’s trade allowed them the opportunity to travel throughout the United States and Asia, which they thoroughly enjoyed. Although Tom’s career was a large part of his life, he always prioritized his family first. Tom was a family man, through and through. He adored his grandchildren, and his granddaughter, Lucy Kate especially adored him and affectionately called him “Tom Tom”. To his niece, Jordyn Mallory Belcher, who he thought of more like a daughter, he was a constant encouragement to her especially in her singing aspirations. He treated his family like royalty, not in monetary items but in giving them his full attention and support. In Tom’s more active years he enjoyed tennis, boating, and riding around on his Sea-Doos. Tom cherished his dogs and was the best dog dad. Tom is survived by his wife, Angela Cook of Tupelo; three children, Lane Butler and her husband, Bo of Birmingham, Nicole Suling and her husband, Nils of Birmingham, and John Glenn McNeel and his wife, Nikki, of Olive Branch; six grandchildren, Lila Butler, Maggie Butler, Damion Butler, Estelle Suling, Lucy Kate McNeel, and Taylor Frierson; mother and father-in-law, Joe and Brenda Payne; sisters-in-law, Missy Belcher and her husband, Johnny and Connie Cook; nieces, Jordyn Mallory Belcher and Ashley Norwood; and nephew, John Allen Belcher. He was preceded in death by his parents; and his brother, Gary Cook. Visitation will be 12 p.m. until service time Wednesday, June 23, 2021 at W. E. Pegues, Tupelo. Services honoring Tom’s life will be 2 p.m. Wednesday, June 23, 2021 at the Jefferson Street Chapel of W. E. Pegues with Rev. Greg Moss officiating, Adam Paxton and Brad Ottinger delivering the Eulogy and special music provided by his niece, Jordyn Mallory Belcher. Graveside services at Jefferson Memorial Gardens in Birmingham are private. The service will be live streamed and recorded for those who may not be able to attend at www.peguesfuneralhome.com. Pallbearers will be Johnny Belcher, John Alan Belcher, Stephen West, Scott Long, Adam Paxton, Mark Dauler, and David Larkin. Memorials may be made to Tupelo Lee Humane Society, P.O. Box 2143, Tupelo, MS 38803. Expressions of sympathy and fond memories may be left at www.peguesfuneralhome.com.

The family of Thomas R. Cook created this Life Tributes page to make it easy to share your memories.

Send flowers to the Cook family.