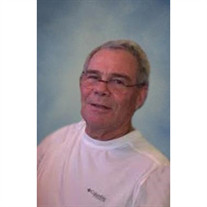 THOM SAUNDERS Fulton - Thomas Durbin Saunders, passed away in his home on the Tenn-Tom Waterway on April 12, 2016. He was born in Little Rock, Arkansas on June 7, 1952, to William Henry Saunders, Jr. and Ardath Elizabeth Buzbee Saunders. Thom attended Hall High School in Little Rock and went on to pursue a career in Architecture, earning a master's degree from Tulane University in 1975. Upon graduation, Thom returned to Little Rock briefly before joining the Peace Corp where he spent two years in British Honduras and afterward spent years working in Trinidad and Tobago. Thom joined his college friend Buddy McCarty at McCarty Architects, Tupelo, Mississippi, in 1989 and enjoyed a 27 year career designing buildings for the Healthcare and Educational sectors. Thom enjoyed his family and friends and cruising peacefully along the waterway where he built a special home for gathering with those he was close to. He had a deep love for music and a ferocious dry wit, both of which he passed on to his entire family. Thom is survived by his wife of 28 years, Rhonda Saunders; two children, Adam Saunders of Seattle, Washington and Erin Saunders of Chattanooga, Tennessee; older brother, Steve Saunders of Chicago with his wife Cathie and their daughters Sarah and Rebecca; father-in-law, Ron Regnier of Richardson, Texas; cousins, Ellen Tolley, Travis Tolley, and Hallie Finkbeiner of Perryville, Arkansas; his favorite nephews, Silas and Guthrie Saunders of San Francisco, California. Thom is preceded in death by his parents; eldest sister, Elizabeth Ardath Stanford; aunt, Betty Helvensten and mother-in-law, Ellen Regnier. The memorial service will be held 2 p.m. Saturday, April 16, 2016, at All Saints Episcopal Church with Father Paul Stephens officiating with inurnment to follow at All Saints Columbarium. Visitation with viewing will be from 4 until 7 p.m. Friday, April 15, 2016, at the church. Honorary pallbearers will be his fellow staff members of McCarty Architects. In lieu of flowers memorials may be made to All Saints Episcopal Church, 604 W Jefferson St, Tupelo, MS 38804, or a charity of your choice. Expressions of sympathy may be left at www.peguesfuneralhome.com.

THOM SAUNDERS Fulton - Thomas Durbin Saunders, passed away in his home on the Tenn-Tom Waterway on April 12, 2016. He was born in Little Rock, Arkansas on June 7, 1952, to William Henry Saunders, Jr. and Ardath Elizabeth Buzbee Saunders.... View Obituary & Service Information

The family of Thom Saunders created this Life Tributes page to make it easy to share your memories.

Send flowers to the Saunders family.