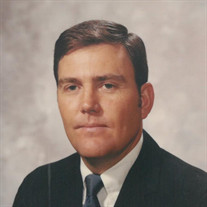 Belden—Hoyle Steve Hester, 83, passed away Saturday, March 27, 2021 at the North Mississippi Medical Center. Steve was born in Tupelo on October 5, 1937, the son of Herman Hoyle Hester and Willie Merle Sanders Hester. He grew up in Pontotoc, graduating from Pontotoc High School. He then attended Itawamba Junior College where he played football, and earned his bachelor’s degree from the University of Mississippi. Steve worked several years for Southern Container and Gold Bond Industries before he began his own business, Lavastone Industries which he successfully operated for over 50 years. Lavastone was known for supplying stone for the 1980 Winter Olympics in Lake Placid, New York. Steve was also very active in his community as a member of Calvary Baptist Church and served on the board of the Tupelo Country Club as golf chairman. He was a passionate Ole Miss Sports fan and enjoyed hunting and playing golf. While proud of his career and accomplishments, his greatest achievement was the family he loved and cared for dearly. He was married to his childhood sweetheart and love of his life, Martha McCord Hester, for 62 years. He was affectionately known as “Big Daddy” by his grandchildren, as well as many others. He was a kind and compassionate man who will be greatly missed by all who knew him. Steve leaves behind his wife, Martha of Belden; three children, Stephanie West and husband, Peter, Michelle Taylor, and Chris Hester and girlfriend, Melissa Worley, all of Tupelo; ten grandchildren, Hayden West and wife, Anna Laura, Sanders West and fiancé, Maggie, Noah West, Reed Taylor and fiancé, Caroline, Graham Taylor, Reese Hester, Beck Hester, Hamp Hester, Mary Ashton Taylor and Kirksey Taylor; two great-grandchildren, Luke West and Olivia West; and his sister, Beverly Wise. He was preceded in death by his parents; a daughter-in-law, Ree Hester, and a brother-in-law, Jimmy Wise. Visitation will be 4 until 7 p.m. Tuesday, March 30, 2021 at Calvary Baptist Church. Services will be 1 p.m. Wednesday with Rev. Jim Yates officiating. Eulogies will be given by Gen. Paul V. Hester, USAF, Ret., Herschel Richard Jr., and Tom Richard. W.E. Pegues Funeral Directors is in charge of the arrangements. Pallbearers will be his grandsons. Honorary pallbearers will be Bill Tucker, Jerry Hollingsworth, Gary Waldrip, Jerry Clayton, Maffett Pound, Benny Randle, Ed “Skipper “ Anderson Jr., Willie Crudup, Eddie Martin, Harold Wilson, Johnny Manatis, Mack Warren, and Chuck Hankins. Memorials may be made to the Building Fund at Calvary Baptist Church, 501 West Main St., Tupelo, MS 38804. Expressions of sympathy may be left at www.peguesfuneralhome.com.

Belden&#8212;Hoyle Steve Hester, 83, passed away Saturday, March 27, 2021 at the North Mississippi Medical Center. Steve was born in Tupelo on October 5, 1937, the son of Herman Hoyle Hester and Willie Merle Sanders Hester. He grew up in Pontotoc,... View Obituary & Service Information

The family of Steve Hester created this Life Tributes page to make it easy to share your memories.

Send flowers to the Hester family.