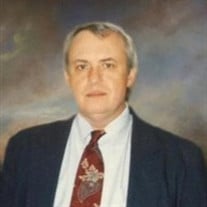 Steve Adderholt, 70, passed away Thursday, September 21, 2017 at North Mississippi Medical Center. He was born August 11, 1947 to Cecil and Hazel Virginia Adderholt in Tupelo, Mississippi.   Steve was a lifelong native of Tupelo who graduated from Tupelo High School. He served in the U. S. Navy during the Vietnam War and was very proud to serve his country. Steve's passion was cooking, as he owned Adderholt's Orleans Square in Tupelo with his mother and Adderholt's Cafe and Catering in New Albany. The night before he passed, he was giving away recipes to family and friends. Steve also loved his dog, Baxter and competing in darts competitions.   Steve is survived by his daughter, Amy Adderholt Shankle (Terry) of Tupelo; brother, Sammy Adderholt (Peggy) of Tupelo; grandson, Jonathan Best of Tupelo; four nieces and nephews, Linda Mitchell (Craig) of Blue Springs, Lon Jernigan (Brooke) of Saltillo, Michael Adderholt of Tupelo and Melissa Adderholt of Pensacola, Florida; aunt, Winnie Banker (Jim) of Saltillo; and a host of cousins.   He was preceded in death by his parents; and sister, Jane Adderholt Jernigan and her husband, Lonnie.   Visitation will be from 12 p.m. until service time Saturday, September 23, 2017 at W. E. Pegues, Tupelo.   Services will be at 1 p.m. Saturday, September 23, 2017 at the Jefferson Street Chapel with Bro. Jimmy Chapman officiating.   The family of Steve Adderholt would like to give a special thanks to Steve's dedicated employees through the years, the Brahm family and his Adderholt girls.   Expressions of sympathy may be left at www.peguesfuneralhome.com.

The family of Steve Adderholt created this Life Tributes page to make it easy to share your memories.

Send flowers to the Adderholt family.