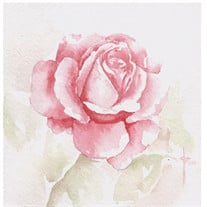 Sherry Lynn Merchent Pittman, 73, died Thursday, October 15, 2020 at North Mississippi Medical Center. A native of Tupelo, she was born August 22, 1947 to Roy Douglas and Zilpha Reese Merchent. In 1967, she married John Bill Pittman and together they had four children. She had a passion for the arts and for children and was a history enthusiast. In her younger years, she was active with Tupelo Community Theatre where she did make up for many productions and taught theatre camp for several summers. It was during her time at camp, she was able to direct and stage many productions. Her love for children and teaching led her to a career in education. She received her Master’s Degree in Gifted Studies from the Mississippi University for Women and retired from Church Street Elementary in 2004 as a kindergarten teacher after 28 years with Tupelo Public School District. Following retirement, Sherry served as a board member for CATCH Kids and was a former member of the Tupelo Pilot Club. She was also a contributor and supporter of the Sierra Club and the Nature Conservancy. Survivors include her four children, Samantha Cox and her husband, David, Jennifer Young, Jonathan Pittman, and Justin Pittman all of Tupelo; four grandchildren, John David Cox and his wife, Sadie of Ocean Springs, Nathan Cox of Tupelo, Zilpha “Z” Young of Jackson and Sunshine Pittman of Tupelo; great-grandson, Henry Cox of Ocean Springs; brother, Robert Merchent and his wife, Vickie of Gautier; She was preceded in death by her parents; husband, John Bill Pittman; grandson, Sam Cox; and brother, William Merchent. A private family service will be held at her home Sunday, October 18, 2020. Memorials may be made to CATCH Kids, 804 Garfield St., Tupelo, MS 38801 or St. Jude Children's Research Hospital, PO Box 50, Memphis, TN 38101. Expressions of sympathy may be left at www.peguesfuneralhome.com.

The family of Sherry Pittman created this Life Tributes page to make it easy to share your memories.

Send flowers to the Pittman family.