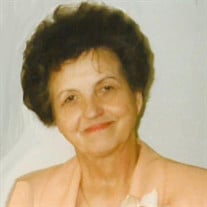 Ruth Tallent McDonald, 88, passed away at home surrounded by her family on October 9, 2020. She was born in Houlka December 18, 1931 to J.B. &#8220;Buster&#8221; and Debbie Lee Funderburk Tallent. She graduated Houlka High School, living the... View Obituary & Service Information

The family of Ruth Tallent McDonald created this Life Tributes page to make it easy to share your memories.

Ruth Tallent McDonald, 88, passed away at home surrounded by...

Send flowers to the McDonald family.