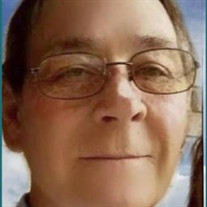 Shannon—Roger Lee Clippard, 64, passed away Tuesday, February 23, 2021 at his home in Shannon. A Lee County native and lifelong resident, he was born March 13, 1956 to Leonard and Avis Burleson Clippard. Because of his dedication to taking care of his family, Roger was always known as a hard worker his entire life. He operated his own construction business for many years. He was happy when he was outside riding the bulldozer, getting things done. Roger was a member of Pleasant Grove Baptist Church. He leaves behind his wife of 50 years, Carolyn Clippard of Shannon; his children, David Clippard (Tammy) of Nettleton; Chris Clippard, Wesley Clippard, Billy Clippard, Jordan Clippard, Zack Clippard, Kay Clippard, and Ashley Simmons (Mack) all of Shannon; three sisters, Donna Burleson of Tremont, Pam Hand of Pontotoc, and Marie Pressing (Mark) of Becker; 15 grandchildren, 12 great-grandchildren, and a host of nieces and nephews. He was preceded in death by his parents and two children, Jeremy Clippard and Kim Tucker. Visitation will be 4 until 7 p.m. Friday, February 27, 2021 at W.E. Pegues, Tupelo. A celebration of Roger’s life will be held 2 p.m. Saturday at the Jefferson Street Chapel with Bro. Billy Wayne Henderson officiating. Burial will follow in Shannon Cemetery. The service will be live streamed and recorded for those unable to attend. Pallbearers will be Mack Simmons and Weston, Josh Clippard, Zack Jaggers, Nathan Tackett, Wesley Clippard, and Jeremy Holt. Alex Vance and Dustin Clippard will serve as honorary pallbearers. Expressions of sympathy may be left at www.peguesfuneralhome.com.

Shannon&#8212;Roger Lee Clippard, 64, passed away Tuesday, February 23, 2021 at his home in Shannon. A Lee County native and lifelong resident, he was born March 13, 1956 to Leonard and Avis Burleson Clippard. Because of his dedication to... View Obituary & Service Information

The family of Roger Clippard created this Life Tributes page to make it easy to share your memories.

Send flowers to the Clippard family.