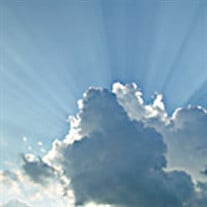 Robert "Bob" L. Myers   Tupelo - Robert Leon "Bob" Myers, 69, passed away Monday, October 16, 2017 at North Mississippi Medical Center Hospice. He was born June 18, 1948 in New Albany, Mississippi to Thomas Eugene and Doris Corrine Wicker Myers.   Bob was a graduate of W. P. Daniel High School in New Albany and the University of Mississippi. He was a member of Phi Kappa Psi Fraternity at Ole Miss. After he graduated, he would often return to campus on weekends to cook for the Fraternity. Bob remained actively involved with the Fraternity for many years. After graduation, he taught high school history at Bay High School in Bay St. Louis, Mississippi. After two years of teaching, he decided to return to North Mississippi and pursue another career. Bob worked in the HR Department at Futorian in New Albany. He then accepted a position with Sheller-Globe Corp. in Kosciusko where he met the love of his life, Jane, whom he married on June 4, 1977.   Bob held the position of HR Director at Sheller-Globe Corp. in Tupelo as well as Monarch Mirror and Tecumseh Products in Tupelo. After retiring from Tecumseh Products, he worked as a Benefit Specialist in a pilot program with the Department of Vocational Rehabilitation in Tupelo, retiring in 2010. After retirement, he worked with his wife in her pet sitting business until she retired and closed the business.   Bob leaves to cherish his memories with his wife, Jane Myers of Tupelo; son, Casey Myers (Amy) of Southaven; grandchildren, Clayton, Sarah Ellis and Catherine Myers of Southaven; brother-in-law, William Lewis (Peggy) of New Orleans; and several aunts, uncles, nieces, nephews and friends.   He was preceded in death by his parents, sister, Brenda Myers Lewis; nephew, Greg Lewis; sister-in-law, Sharon Oden Thompson; brother-in-law, John E. Oden; and in-laws, John and Waudine Oden.   Visitation will be from 9 a.m. until service time Friday, October 20, 2017 at St. Luke United Methodist Church.   Services will be 11 a.m. Friday, October 20, 2017 at St. Luke United Methodist Church with Rev. Rob Gill officiating. Burial will be in Kosciusko City Cemetery.   Pallbearers will be Len Hester, Nathan Sheffield, Brandon Lewis, Will Cooper and Steve Williams.   Honorary pallbearers will be the Old Geezer's Coffee Shop and the Friendship Sunday Class.   Memorials may be made to St. Luke UMC Operating Fund, 1400 Clayton Avenue Tupelo, Mississippi 38804, or Tupelo-Lee Humane Society, 2400 South Gloster Street Tupelo, Mississippi 38801.   The family of Bob Myers would like to say a special thank you to the NMMC Hospice nurses and aides, and to his caregivers Donna, Sheila and Darrell.   Expressions of sympathy may be left at www.peguesfuneralhome.com.

The family of Robert "Bob" L. Myers created this Life Tributes page to make it easy to share your memories.