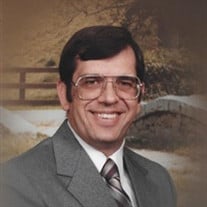 Rhea Warren Tupelo - Rhea Warren, 69, passed away Tuesday, September 19, 2017 at North Mississippi Medical Center. He was born December 29, 1947 to Otis Noral and Lorene Warren in Aberdeen, Mississippi. Rhea married the former Joan Agent on July 22, 1967. Rhea served in the U. S. Army from 1969 until 1972 in Shape, Belgium at the NATO Headquarters Hospital as a Staff Tech. Rhea held various positions in the Radiology department at the North Mississippi Medical Center, including Technical Director. Two years before his retirement, Rhea would come to work early to greet and hold the back door open for hospital staff. He continued this tradition after his retirement. He retired after 42 years. Rhea was very proud of the work he did for the Mississippi Society of Radiologic Technologist (MSRT) where he served as President of the society in 1986. He also won the Technologist of the Year award in 1986. Rhea served on the Itawamba Community College Board for selecting incoming students in the Radiology Program. Rhea, along with Phil Fazier and Jim Tubb, formed the Passionate Porkers BBQ Cooking Team. The team traveled all over the southeast cooking and having fun. Rhea enjoyed cooking and catered BBQ and steak dinners for the hospital community activities. He was an avid baker, often giving away cakes to family and friends in the medical community. Rhea loved his family, especially his grandsons. He would sit on his tractor and let his sons jump out of the tractor's bucket into the pool. Rhea loved being a father and grandpa and really enjoyed attending all activities they were involved in, be it football, music, band, school plays or power-lifting events. He felt like if they were doing something, he needed to be there to watch them and spur them along. Rhea was a member of All Saints' Episcopal Church in Tupelo. Rhea is survived by his wife of 50 years, Joan Warren of Tupelo; son, David Warren (Sharon) of Guntown; daughter, Angela South of Fulton; seven grandchildren, Aidan Warren, Bryson Warren, and Kaelin Warren all of Guntown, Cody South, Jessie South, Dawson South, and Wyatt South (Megan) all of Fulton; and step-father, Oscar Jones of Estel Springs, Tennessee. He was preceded in death by his parents, Otis Noral "Fatty" Warren and Lorene Warren Jones; and brother, Ronnie Warren. Honorary pallbearers will be Wyatt South, Cody South, Jessie South, Dawson South, Aidan Warren, Bryson Warren and Kaelin Warren. Visitation will be from 1 p.m. until service time at W. E. Pegues, Tupelo. Services will be 2:30 p.m. Saturday, September 23, 2017 at W. E. Pegues, Tupelo with Rev. Bill Hale officiating. In lieu of flowers, memorials may be made to the Bereavement Unit of the NICU at North Mississippi Medical Center, 422 A East President Street Tupelo, MS 38801 or Plantersville Middle School, 2667 Main Street Plantersville, MS 38862. Expressions of sympathy may be left at www.peguesfuneralhome.com.

The family of Rhea Warren created this Life Tributes page to make it easy to share your memories.

Send flowers to the Warren family.