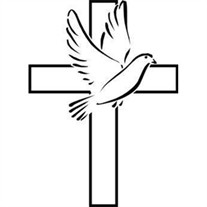 PEGGY G. CHANEY Tupelo - Peggy Galloway Chaney, 78, passed away peacefully on Wednesday, February 8, 2017. She was the daughter of Dr. Dolph Vernon Galloway and Edna Fay Spears Galloway. Peggy was born in Meridian on November 23, 1938 where she was welcomed by her older sisters, Patricia and Phyllis. Peggy attended Forest Hill in Jackson for 12 years. She served as president of the Senior Girls, was a member of a sextet, played flute, and was a majorette in the Forest Hill Band. She attended Mississippi University for Women, or the "W", and graduated in three years. After graduation, she accepted a job with the Natchez Public Schools as a fifth grade teacher. There she met and married Van B. Chaney of Rosedale in May of 1960. She is survived by her sons, Van G Chaney (Miranda) and Christopher K. Chaney (Lavon); grandchildren, Blake, Sloan and Seth Chaney, and Lyra Bess Galloway Porterfield; sister, Phyllis Hall and her beloved dogs, Sugar and Sadie. A celebration of her life will be held 2 p.m. Saturday, February 11, 2017 at All Saints Episcopal Church in Tupelo. Visitation will be held from 1 p.m. until service time in the parlor. The family would like to thank the caring nurses and staff at Sanctuary Hospice House for their loving care of Peggy. Also, they would like to thank her devoted friends and neighbors, for their loving support and assistance. Memorial donations may be made to Sanctuary Hospice House, PO Box 2177, Tupelo, MS 38803. Expressions of sympathy may be left at www.peguesfuneralhome.com.

The family of Peggy G. Chaney created this Life Tributes page to make it easy to share your memories.

Send flowers to the Chaney family.