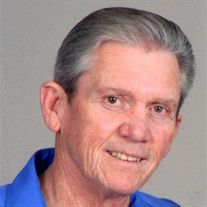 Mitchell Lee “Mitch” Fowler, Jr., 65, died April 28, 2021, in his home after a brief illness in the care of Sanctuary Home Hospice, to whom the family extends their sincere gratitude. He was born on December 29, 1955, in Tupelo, MS, to Ladosky Farris Fowler and Mitchell Lee Fowler, Sr., of the Bissell community. Mitch was a member of the Tupelo High School class of 1974, where he enjoyed varsity chorus and marching band. In his younger years, he was active in Tupelo Community Theater as well as Tupelo High School Band-Parent musicals. He was employed as a route manager by Waste Management of North Mississippi where he worked and made friends for 24 years. Mitch was a faithful member of Chesterville Calvary Baptist Church where he was involved in church activities with a special love of singing. He was also the tenor member of The Trailsmen Quartet for the past three years. Always an avid sportsman, Mitch recently stated “The catfish and deer of north Mississippi can rest easy, now.” Hobbies Mitch enjoyed included singing, reading, watching Westerns, hunting, fishing, and spending time with family and friends. He enjoyed his time coaching in various Tupelo Park & Recreation leagues and baseball in the Chesterville community. He spent time as a scoutmaster for Tupelo Troop/Pack 8. He also loved his time spent worshipping with his church family. A natural conversationalist with a keen sense of humor, Mitch never met a stranger and was beloved by all who knew him. A memorial celebration of Mitch’s life and his departure to be home with the Lord will be held at Chesterville Calvary Baptist Church, 106 Doe Run, Belden, MS, on Saturday, May 1, at 2pm, with Brother Terry Faulkner officiating. Visitation will be immediately preceding at 1pm. Survivors include his wife, Anita Barnes Fowler of Tupelo; his three sons, Lee Fowler and wife Amanda of Mooreville, Heath Fowler and wife Angela of Montgomery, Alabama, and Jason Fowler and girlfriend Laura White of Tupelo; a daughter, Aubrei Bedford-Wilson and husband Michael of Tupelo; two siblings, Ronald Glidewell and wife Lani of New Braunfels, Texas, and Martha Tindol and husband Tim of New Brockton, AL; five grandchildren, Tai Bedford, Aurora Fowler, Chloe Fowler, Rianna Fowler, and Carlee Wilson; several nieces, nephews, and cousins; and his close, life-long friend Ricky Metcalfe. Mitch was preceded in death by his parents, Mitchell L. Fowler, Sr., & Ladosky Farris Fowler, his grandparents, DeWitt Fowler & Rose Fowler and Charles W. Farris & Virgie Farris, and his former wife, Brenda Stevens Fowler. The family requests that in lieu of flowers, donations may be made to Sanctuary Hospice. Expressions of sympathy may be left at www.peguesfuneralhome..com.

The family of Mitch Fowler Jr. created this Life Tributes page to make it easy to share your memories.

Send flowers to the Fowler family.