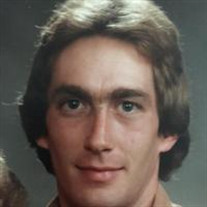 MIKE CHRISTIAN Tupelo - Tommy Michael Christian, 57, passed away at the North Mississippi Medical Center hospice care unit on June 24, 2017 after a brief illness with a very rare cancer. Mike was born August 22, 1959 and grew up in Tupelo. He graduated from Tupelo High School in 1977 and has been an automobile technician most of his adult life. He was employed with Barnes Crossing Hyundai. Mike was a long-time member of Wesley Methodist Church, and he remained Methodist in his faith. He loved to work cross-word puzzles, was an avid reader with hundreds of books, and he would tackle almost any job. “I can’t” was not in his vocabulary (his dad made sure of that), though “I don’t want to” sometimes was. Visitation will be Wednesday, June 28, 2017 from 11 a.m. until 2 p.m. at W. E. Pegues, Tupelo. A service of eulogies will immediately follow with Howard Rodgers officiating. Anyone wishing to remember Mike will be asked to do so at this time. Graveside services will follow in Pleasant Hill Cemetery in Itawamba County with Bobby Reedy closing the service. Mike is survived by his mother, Jeanette Christian; daughter, Michelle Christian (Brandon Rodgers); sister, Tina Felks Harper (Roger); brother Don Christian; nephew, Chris Christian; niece, Audrey Christian; and one great-niece, Ava Christian. He was preceded in death by his father, Tommy R. Christian; grandparents, Arlis and Maida Christian of Fulton, and O.D. and Vera Donald of Mantachie; special cousin, Mickey Summerford; and special aunt, Diane Reedy. Pallbearers will be Brandon Rodgers, Philip Malone, Michael Callaway, Justin Prather, Scotty Reedy, and Roger Harper. Memorials may be made to St. Jude Children’s Research Hospital, 501 St. Jude Place Memphis, TN 38105, or to your favorite charity.   Expressions of sympathy may be left at www.peguesfuneralhome.com.

The family of Mike Christian created this Life Tributes page to make it easy to share your memories.

Send flowers to the Christian family.