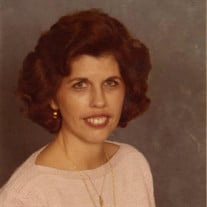 Linda Lehman TUPELO – Linda Jean Trovillo Lehman, 79, died unexpectedly on Saturday, March 20, 2021, at her home in Tupelo. Linda was born November 29, 1941, in Chicago, Illinois, to Alden and Thelma Trovillo. She lived most of her childhood in Wichita, Kansas. She graduated from Wichita East High School in 1959 and received her undergraduate degree in Spanish from Wichita State, where she was a member of Alpha Phi sorority. She married and moved to Tupelo in 1964 where she received her Masters in Education from the University of Mississippi. Linda taught Spanish and English for the Tupelo Public School District for 20 years. Linda was a member of First Christian Church from 1964 until 2017, where she became the first elected female Elder of FCC. She was also a committee member to re-build First Christian Church after it was destroyed by the 2014 tornado. After the closing of FCC Tupelo, she became a member of First Presbyterian Church in Tupelo. Linda loved devoting time to her grandchildren and attending all their activities. She enjoyed having family and friends over for home-cooked meals, playing bridge with her friends, and attending her bible study group. She is survived by her children Bobby Lehman (Jody) and Deborah Kellett (Wade) both of Belden, and their father, Bob Lehman (Pamela) of Tupelo; sister, Joann Guy of Kansas City, Kansas; grandchildren Pierce Lehman, Lake Kellett, Campbell Kellett, Paris Lehman, and Carden Lehman, all of Tupelo. She is also survived by a special friend, Cydney Petty. She was preceded in death by her parents, Alden and Thelma Trovillo; in-laws, Bob and Ruth Lehman; brother-in-law, Byron Lehman. Visitation will be 2 p.m. until service time Wednesday, March 24, 2021 at W. E. Pegues, Tupelo. A service honoring Linda’s life will be held 4 p.m. Wednesday, March 24, 2021 at the Jefferson Street Chapel of W. E. Pegues. The service will be live streamed and recorded for those who may not be able to attend at www.peguesfuneralhome.com. In lieu of flowers, memorials may be made to First Presbyterian Church, The Sycamore Church or a charity of your choice. Expressions of sympathy and fond memories may be left at www.peguesfuneralhome.com.

Linda Lehman TUPELO &#8211; Linda Jean Trovillo Lehman, 79, died unexpectedly on Saturday, March 20, 2021, at her home in Tupelo. Linda was born November 29, 1941, in Chicago, Illinois, to Alden and Thelma Trovillo. She lived most of her childhood... View Obituary & Service Information

The family of Linda Lehman created this Life Tributes page to make it easy to share your memories.

Send flowers to the Lehman family.