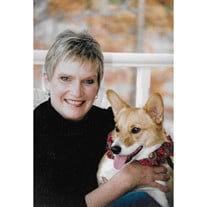 Leila H. Phillips Mooreville- Leila Howard Phillips, 60, passed way, Saturday, April 14, 2018, at her home, surrounded by her close friends. She was born and raised in Ecru, Mississippi on August 13, 1957. Leila Phillips began her nursing career at North Mississippi Medical Center, Tupelo in 1982, after receiving her Associates Degree in Nursing at Itawamba Junior College. She began her career on 2 West and later transferred to 6 South, where she worked as the charge nurse until 1994. Leila then became the house supervisor for Nursing Services. Then she began her career as Nurse Manager on 2 Central, Stroke Unit. Leila Retired from NMMC in February, 2017. During her career she has received Employee of the Month, Mississippi Nursing Association Staff Nurse of the Year, Medical/Surgical certification and in 2009, she received the Nursing Excellence in Leadership at NMMC. Leila is ACLS, BLS and PALS Certified. She obtained her BSN in Nursing from University of North Alabama in 2009. She had a passion for taking care of others. She also loved spending time with friends and her dog, Aggie. She leaves behind her fiancé, Rob Kendrick of Mooreville and his daughter, Shannon Pettigrew and her husband, Craig and their children. She also leaves behind her best friend and caregiver, Karen Dodson and her husband, Larry of Amory and many close friends. She was preceded in death by her mother, Sarah Hardy Weatherly; her maternal grandparents, Adolphus Hardy and Mamie Lou Andrews Hardy and her uncle, Howard Hardy. A celebration of Leila's life will be 12 p.m. Sunday, April, 15, 2018, at the Jefferson Street Chapel of W. E. Pegues with Rev. Neal Ramage officiating. Burial will be in Ecru Cemetery. Visitation will be 10 a.m. until service time, Sunday, April, 15, 2018, at W. E. Pegues, Tupelo. Pallbearers will be Chris Sinclair, Steve Walker, Gary Gann, Joe Bryowsky, Mitch McWhorter and Craig Pettigrew. Honorary pallbearers will be nursing managers at the North Mississippi Medical Center. In lieu of flowers, memorials may be made to Tupelo Lee Humane Society, 2400 S Gloster St, Tupelo, MS 38801. The service will be live streamed and recorded for those who may not be able to attend at www.peguesfuneralhome.com. Expressions of sympathy may be left at www.peguesfuneralhome.com.

The family of Leila Phillips created this Life Tributes page to make it easy to share your memories.

Send flowers to the Phillips family.