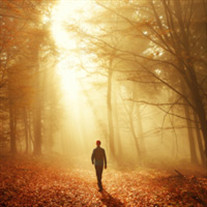 KENNETH "KEN" LAMAR McNUTT   Tupelo - Kenneth Lamar McNutt, 75, passed away Wednesday, December 13, 2017, at his home. He was born November 11, 1942, to Willie Brooks and Clara Lee Chesteen McNutt. He graduated from Shannon High School, where he was a standout football and baseball player. Instead of pursuing sports through offers from colleges, Ken joined the United States Army and served his country as an Army Ranger in the 1st Battalion 38th Infantry in Korea. During his working life, he worked in construction as a commercial contractor and later worked in sales at Superior Products until his retirement in 1996. Ken was a major baseball enthusiast and card collector and thoroughly enjoyed sharing baseball trivia with his family. He was an avid fan of the St. Louis Cardinals. He was quite attached to his Jack Russell terrier, Lou. Ken attended Oak Ridge Christian Church.   Survivors include his nieces, Laura McNutt of Pontotoc and Dallas Blankenship (Chad) of Mooreville; nephew, Bill McNutt (Beth) of Tupelo; special friend, Louise White of Tupelo; and several cousins, great-nieces and nephews.   He was preceded in death by his parents; brothers, James Adrian, Allen, Larry and Danny McNutt and sister, Bobbi Lou "Mary" McNutt.   Graveside services will be 2 p.m. Sunday, December 17, 2017, at Tupelo Memorial Park with Rev. Dale Carr officiating. W. E. Pegues Funeral Directors is in charge of the arrangements.   Expressions of sympathy may be left at www.peguesfuneralhome.com.

The family of Kenneth "Ken" Lamar McNutt created this Life Tributes page to make it easy to share your memories.