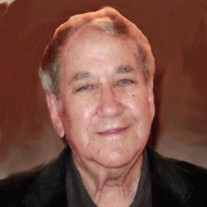 Ken Stephens Verona- Kenneth Kelsie Stephens, at the age of 89 years old, died Wednesday, June 9, 2021 at Sanctuary Hospice House in Tupelo. Ken was the ninth child of Walter Daniel Stephens and Lucille Webb. He and his twin sister were born on August 19, 1931 in the Kirkville Community of Itawamba County. Ken was a conscientious hard worker. He spent most of his career in manufacturing including Town and Country, Panalite, Arvin, FMC, and Stanley. After his retirement as a Supervisor he worked a number of years at Kilgore’s Grocery. Longtime member of First United Methodist Church in Verona, He was best known for attending, with his walker. He is survived by his wife of 58 years, Auria Wilson Stephens of Verona; oldest son, Kenneth Readon; son, Ian Arthur Stephens and his wife, Emily and their daughter, Marlee Stephens; sister-in-law, Jennifer Anne Phillips and her husband, John Phillips and their daughter, Julie Phillips of Eye Peterborough, England. He is preceded in death by his parents and numerous brothers and sisters. Visitation will be 1 p.m. until service time Sunday, June 13, 2021 at Verona United Methodist Church. Services honoring Ken’s life will be held 2 p.m. Sunday, June 13, 2021 at Verona United Methodist Church with Rev. Jeremy Funderburk officiating. Graveside services will follow at Lee Memorial Park. W. E. Pegues Funeral Directors is in charge of the arrangements. Memorials may be left at Verona United Methodist Church, PO Box 370, Verona, MS 38879. Expressions of sympathy and fond memories may be left at www.peguesfuneralhome.com.

The family of Ken Stephens created this Life Tributes page to make it easy to share your memories.

Verona- Kenneth Kelsie Stephens, at the age of...

Send flowers to the Stephens family.