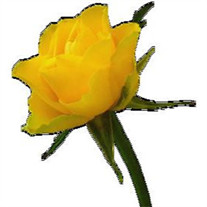 KATHERINE RAY   Foley, Alabama - Ms. Katherine Ray entered the gates of her Heavenly home on August 3, 2016. Born on June 3, 1931, in Tupelo, Katherine worked for T&S Pharmacy for over 40 years and attended Thomas Street Baptist Church. She moved to Gulf Shores, Alabama to be with her son and his family when her husband, Allen, passed away in 2004. She became an active member of Oyster Bay Baptist Church in Gulf Shores.   She is survived by her son, Ronnie Ray (Brenda); granddaughter, Kimberly; grandson, Will; two great-granddaughters, Anna Grace and Harper Ann.   Katherine is preceded in death by her parents, Edra Lee and Ina Maxcy; brother, Edra Lee Maxcy, Jr. and her husband Allen Ray.   Visitation will be held Friday evening, August 5, 2016, from 5 until 8 p.m. with the funeral service on Saturday, August 6, 2016, at 2 p.m. at W. E. Pegues, Tupelo. Burial will immediately follow in Lee Memorial Park.   Memorials may be made to the Oyster Bay Baptist Church Building Fund, 4280 Plash Road, Gulf Shores, Alabama 36542.   Expressions of sympathy may be left at www.peguesfuneralhome.com.

The family of Katherine Ray created this Life Tributes page to make it easy to share your memories.

Send flowers to the Ray family.