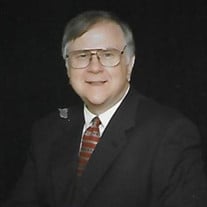 Joseph Wayne Kilgo, 80, passed away Friday, November 27, 2020 at Sanctuary Hospice House in Tupelo. He was born in Tupelo, January 22, 1940 to Evans and Lena Faye Coley Kilgo. Joe graduated from Tupelo High School in 1957, Itawamba Junior College in 1959 and earned a Bachelor’s degree in Marketing from Mississippi State University in 1961. He retired in 1999 from the Social Security Administration after 35 years of service. He subsequently worked part-time as a courier for BancorpSouth Bank, retiring after ten years of employment. One of his special enjoyments was as a volunteer for Sanctuary Hospice House for nine years. Joe was an eight year veteran of the Mississippi Army National Guard, including being activated during the “Battle of Oxford” in 1962. He was a 32nd Degree and York Rite Mason. He enjoyed traveling, reading, collecting “Bulldog” figurines and was an avid sports fan, especially of his beloved MSU Bulldogs and St. Louis Cardinals baseball. He was a charter member of the “SEC Roundball Sixers” having attended 18 consecutive SEC basketball tournaments. Joe was a long-time member of Harrisburg Baptist Church, having attended for 78 years. He served on numerous committees, a past deacon, trustee, and Sunday School teacher. He especially enjoyed attending Sunday School and being a part of the Kilgo Sunday School class. Prior to his declining health, Joe enjoyed drinking coffee with the “Hardees Coffee Drinkers”. Joe is survived by his wife, Paula Grant Kilgo, to whom he was married for 53 years; sister-in-law, Jeaneva Willard Grant; and his adopted extended family, Robert and Joann Upchurch and their family, Robert and Karen Upchurch, Gabriela and Olivia; David and Lauren Upchurch, Caroline, Emily and David; and Richard and Jill Upchurch and Reagan. He was preceded in death by his parents; and an infant brother, Charles David Kilgo. A graveside service will be held at 11 a.m., Monday, November 30, 2020 in Cherry Creek Baptist Church Cemetery in Pontotoc County with Rev. David Smith and Dr. Chuck Hampton officiating. W.E. Pegues Funeral Directors is in charge of the arrangements. The family respectfully requests that masks be worn by everyone in attendance. Honorary pallbearers will be Bud Coley, Ricky Jackson, Leon Malone, Larry Weathers, Freddie White and members of the Kilgo Sunday School class. The family would like to extend a special thank you to Mrs. Lisa Hawkins, Jimmy Mounce, the friends who sat with Joe and the staff and employees of Sanctuary Hospice House. Memorials may be made in Joe’s memory to Harrisburg Baptist Church Building Fund, 4675 Cliff Gookin Blvd, Tupelo, MS 38801 or Sanctuary Hospice House, P.O. Box 2177, Tupelo, MS 38803. Expressions of sympathy may be left at www.peguesfuneralhome.com.

The family of Joe Kilgo created this Life Tributes page to make it easy to share your memories.

Send flowers to the Kilgo family.