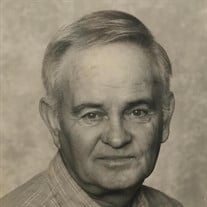 Joe Clayton Saltillo- Joe Carrol Clayton, at the age of 87, died Sunday, July 11, 2021 at Sanctuary Hospice House in Tupelo following an extended illness. He was born in Pontotoc County on March 3, 1934 to Robert “Curtis” Clayton and Dew Drop Raper Clayton. In 1953, Joe graduated from Belden High School. During his high school years, he was a talented baseball and basketball player. Following graduation, Joe served his country in the United States Army; he was stationed in Germany for the majority of his service. On June 28, 1963; he married the former Carolyn Evans. Joe retired after 20 years from Mississippi State Extension Office. Joe had a quick wit and could make anyone laugh at a drop of a hat. Like his father and grandfather, Joe was a talented musician with the ability to play the harmonica, banjo and guitar. In Joe’s young life he was a member of Mount Vernon Baptist Church where he served as a Deacon, his membership currently is with Doty Chapel Baptist Church. He enjoyed fishing, playing dominos, and cooking especially fish, hushpuppies, and steaks. Joe’s was a devoted baseball and softball fan. He even coached boy’s softball for many years. He was an avid St. Louis Cardinal’s Baseball fan and Mississippi State Bulldog’s sports fan. Joe was a family man who adored his wife, children, and grandchildren. Joe is survived by his wife of 58 years, Carolyn Clayton of Saltillo; two sons, Brad Clayton and his wife, Jeni of Shannon, and Rob Clayton of Guntown; four grandchildren, Nikki Lyle and her husband, Matt of Wren, Katie Clayton of Shannon, Jack Clayton, and Carson Clayton both of Guntown; four step great-grandchildren; one foster great-grandchild; one brother, Jerry L. Clayton and his wife, Tula of Tupelo; one niece, Mindi Guin; three nephews, Clay Clayton, Matt Clayton, Jessie Steward; and several great- nieces and nephews. He is preceded in death by his parents; daughter, Amy Clayton; grandson-in-law, Jamie Gillentine. Visitation will be 4 until 7 p.m. Tuesday, July 13, 2021 at W. E. Pegues, Saltillo. Services honoring Joe’s life will be 11 a.m. Wednesday, July 14, 2021 at the Saltillo Chapel of W. E. Pegues with Rev. Marvin Murphy and Bro. Steve Paul officiating. Graveside services with military honors will follow at Tupelo Memorial Park. Pallbearers will be Shelton Shannon, Kent Randle, Brent Morse, Kevin Morse, Clay Clayton, and Matt Clayton. Honorary pallbearers will be all the men Joe coached in softball throughout the years. Memorials may be made to Sanctuary Hospice House, PO Box 2177, Tupelo, MS 38803. Expressions of sympathy and fond memories may be left at www.peguesfuneralhome.com.

The family of Joe Clayton created this Life Tributes page to make it easy to share your memories.

Send flowers to the Clayton family.