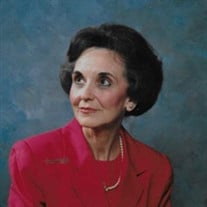 JoAnn “Jody” Heatherly Buse Saltillo – JoAnn “Jody” Heatherly Buse passed away October 7, 2017, one day before her 84th birthday at Magnolia Manor Nursing Home after a long illness. She was born October 8, 1933 to Ezell and Esther Heatherly. Jody was a member of Parkway Baptist Church, Tupelo. Jody was a nickname her husband, Tracy, gave her that just sort of stuck through the years. She worked at Reed’s Manufacturing Company after graduating from Saltillo High School. Jody continued to work until Tracy’s time in service had been completed, he had graduated from Mississippi State University (M. S. U.) and he received his degree in Industrial Engineering. Afterwards, she took on a bigger job – as a caregiver – not only for her family but to anyone that needed her. Jody and Tracy were devout M. S. U. contributors to all sports, especially the “Bulldog Club”. Following Tracy’s death, Jody continued to support M. S. U. sports with her gifts and her presence until her health prevented her from traveling. Even then, she still loved and rooted for her Maroon and White “Bulldogs”. Jody will be missed by her family; her aunt, Shirley McCollum; sister-in-law, Connie Branyan; her caregivers, Kirk and Tina Meeks; and other nieces, nephews and cousins. Those that preceded her in death were her husband and the love of her life, Tracy Buse; her parents, Ezell and Esther Heatherly; and aunts and uncles. Services will be 4 p.m. Monday, October 9, 2017 at the Saltillo Chapel of W. E. Pegues with her nephew, Dr. Chuck Herring from Collierville First Baptist Church in Tennessee, officiating. Burial will be in Lee Memorial Cemetery. Pallbearers will be Kirk Meeks, David Buse, Bill Buse, Bob Buse, Pete Allen and Allen McDaniel. Visitation will be from 2 p.m. until service time Monday, October 9, 2017 at W. E. Pegues, Saltillo. Expressions of sympathy may be left at www.peguesfuneralhome.com.

The family of JoAnn "Jody" Heatherly Buse created this Life Tributes page to make it easy to share your memories.