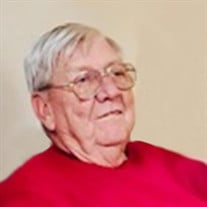 Dr. Jimmy L. Costin Blue Springs- Jimmy Lloyd Costin, M.D., 74, died Sunday, August 29, 2021 at Baptist Memorial Hospital in Memphis, Tennessee. The youngest son of Carl Clyde Costin and Helen Louise Mosley Costin, he was born February 28, 1947 in Poplar Bluff, Missouri. After graduating from Poplar Bluff High School in 1965, Jimmy relocated to St. Louis to attend Gradwell Laboratory School. Soon after graduating, he moved to Sikeston, Missouri and worked as a Laboratory Technician for Dr. Stephen Parks at the hospital. Dr. Parks made a lasting impression on Jimmy’s life; Dr. Parks encouraged Jimmy to apply and attend medical school and started his life-long hobby of skeet shooting. Jimmy moved, once again, when Dr. Parks relocated his practice to Ponca City, Oklahoma. Jimmy returned to school to pursue a career in the field of medicine. He continued his educational journey at North Oklahoma Community College in Tonkawa where he originally met his future wife, Sue Elizabeth Pinkerton. He transferred his undergraduate degree to Oklahoma State University but prior to graduating he was accepted into Oklahoma University Medical School. Oklahoma State University later issued him an honorary Bachelor’s in Biochemistry on his graduation from O.U. Medical School. Dr. Costin is a board certified in Anatomical and Clinical Pathology. After finishing his education and four years of residency in Little Rock, Arkansas, he moved back to his home town of Poplar Bluff in June of 1982 and began his career at Lucy Lee Hospital. Although Jimmy and Sue’s relationship began as friendship years prior, once they began dating they had a whirlwind romance, he proposed after three weeks of dating on July 7, 1977 and they eloped soon after on August 5, 1977. During his years in residency, they were blessed with two children, Christina and Nick. In 2016, Dr Costin retired after a long and successfully career. His passions of skeet shooting brought Jimmy and his wife, Sue to Blue Springs after his retirement. They have made Blue Springs their home for five years. Both Jimmy and Sue were competition skeet shooters for over 30 years, together they competed in the World Skeet Competition yearly for 30 years. Jimmy was even nationally ranked multiple times. Dr. Costin leaves behind his wife of 44 years, Sue Costin of Blue Springs; one daughter, Christina Hogan and her husband, Greg of Texarkana, Texas; four grandchildren, Corben, Caellum, Finnley, and Quinnlin Hogan; and two nephews, Robert Costin and his wife, Laura Ann and Steve Costin and his wife, Stacey. He was preceded in death by his parents; son, Nick Costin; brother, Jerry Ellsworth Costin; and brother-in-law, Dr. Stephen Pinkerton. Visitation will be 12 p.m. until service time Thursday, September 2, 2021 at W. E. Pegues, Tupelo. Services honoring Dr. Costin’s life will be 1 p.m. Thursday, September 2, 2021 at the Jefferson Street Chapel of W. E. Pegues with Rev. Randy Clark officiating. Graveside service will follow at Lee Memorial Park. Memorials may be made to American Heart Association, 4830 McWillie Circle, Jackson, MS 39206 or American Kidney Fund, 6110 Executive Blvd., Suite 1010, Rockville, MD 20852-9813. Expressions of sympathy and fond memories may be left at www.peguesfuneralhome.com.

The family of Dr. Jimmy Costin created this Life Tributes page to make it easy to share your memories.

Send flowers to the Costin family.