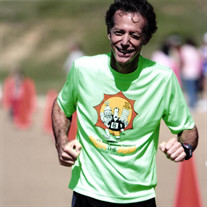 Jerry Gaggini Tupelo- Gerald “Jerry” Gaggini at the age of 66 entered his Heavenly home on Saturday, December 11, 2021. Jerry was born in Chicago, Illinois October 12, 1955, to Aladino “Al” and Jessie Mae Cummins Gaggini. On December 28, 2013, he married Shelley Alcorn Gaggini. After graduating from Mississippi Baptist High School in Jackson in 1973; Jerry earned his undergraduate degree from Belhaven College and a Doctor of Jurisprudence from Mississippi College School of Law. He was an adjunct professor at Belhaven University for almost 20 years. Jerry practiced law in Jackson from 1999 until 2007. After feeling the call to ministry, he completed a Master’s of Theology at Springhill College in 2007. He became a Diplomate at The College of Pastoral Supervision and Psychotherapy and began working as a Clinical Chaplain at Baptist Hospital in Jackson in 2007. In 2010, he completed the Certificate for Spiritual Direction from Spring Hill College. Jerry continued practicing law at Gaggini Law Firm in Tupelo until recently. As a Christian and a follower of Christ, Jerry loved the church and the sense of fellowship and community it provided. His spiritual gifts were teaching, mentoring, ministering, and service to others. He was active in ministry through leadership in Cursillo for over 10 years while living in Jackson. Jerry enjoyed spending time with his family and friends. He enjoyed boating as it provided a peaceful place of relaxation being on the water all while enjoying God's creation. Jerry is survived by his wife Shelley, of Tupelo; daughters, Andrea O'Herron and husband, Devin, of Auburn, Georgia and Allie Gaggini and husband, Vinnie Tirri, of Atlanta, Georgia; grandsons, Lucca Vaughn and Emerson Ash O'Herron; and step-children, Nathan Jones and wife, Amanda, of Dallas, Texas, Lora Claire Dickerson and husband, Bill, of Tupelo, Kayla Baxter and husband, Brent, of Tupelo, and Amanda Broyles and her husband, Drew, of New York, New York. Jerry was also blessed with six additional grandchildren through his marriage to Shelley. Jerry is also survived by his mother, Mae Gaggini of Brandon, Mississippi; and sister, Sandy Gaggini Young and husband, Frank, of Brandon. He was preceded in death by his father, Al Gaggini. Visitation will be 4 until 7 p.m. Monday, December 13, 2021, at W. E. Pegues, Tupelo. Services honoring Jerry’s life will be 10 a.m. Tuesday, December 14, 2021, at First Baptist Church, Tupelo with Rev. Matt Powell officiating, Bro. Randy Wood and Rev. Ricky Young providing special music, Honorable James Bell providing the eulogy, and Mr. Ricky Cockrell closing services in prayer. Graveside services will follow in Lee Memorial Park with Chaplain Mark Roth officiating with scripture reading provided by Nathan Jones. W. E. Pegues Funeral Directors is in charge of the arrangements. Pallbearers will be Frank Young, Devin O’Herron, Vinnie Tirri, Bill Dickerson, Brent Baxter, Drew Broyles, and Nathan Jones. Memorials may be made to First Baptist Church, The Harvest Fund, 300 North Church Street Tupelo, MS 38804, or Heath Care Foundation Cancer Care Patient Fund 830 S. Gloster Street, Tupelo, MS 38801. Expressions of sympathy and fond memories may be made to www.peguesfuneralhome.com.

The family of Jerry Gaggini created this Life Tributes page to make it easy to share your memories.

Send flowers to the Gaggini family.