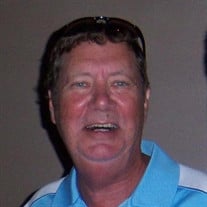 Jeffrey Clayton Short, Sr February 27, 1943- January 22, 2022 Jeffrey Clayton Short, Sr, 78, was called Home after a long battle with cancer on Saturday, January 22, 2022 in Tupelo, Mississippi. Jeff was born in Booneville, MS to William Clayton Short and Havis Owens Short. He graduated from Tishomingo High School in 1961. After graduation, Jeff joined the National Guard and then entered the Army in 1964. He served five years on active duty and 10 more years in the National Guard and Army Reserve. Upon completion of Officer Candidate School, he attained the rank of Captain. Jeff served in Southeast Asia during the Vietnam Conflict. During his military service, he was awarded the Bronze Stars for Valor, the Purple Heart, the Army Commendation Medal, the Vietnamese Cross of Gallantry, the Combat Infantryman Badge, the Parachutist Badge, and the Parachute Riggers Patch. He was Special Forces qualified and was awarded the Green Beret after completing the Special Forces Qualification Course at Fort Bragg. Captain Short was a member of the Special Forces Association and the Green Beret Foundation which supports Green Berets and their families around the world. Jeff completed the Mississippi Highway Patrol Academy in 1969 as the Honor Graduate and served on the Mississippi Gulf Coast during Hurricane Camille. He went on to graduate from Ole Miss with a degree in business. After attaining his undergrad degree, he attained his Masters in Real Estate from Lindenwood University in St Charles, Missouri where he was class president. He later served as guest lecturer at both Lindenwood University and St Louis University in the field of eminent domain. Jeff owned a real estate appraisal business for over 45 years and sat as president of the Northeast Mississippi Board of Realtors for two terms. He also served as regional vice-president of the MS Association of Realtors. Jeff was a gifted teacher and taught real estate related classes at Itawamba Community College for 27 years and also taught pre-licensing and continuing education courses for Northeast MS Community College, the MS Real Estate Commision, and the MS Appraisal Board. He was the first state certified general real estate appraiser in Mississippi and served on the MS Appraisal Board for ten years. Jeff was an active member of First United Methodist Church of Tupelo for over fifty years where he served on various boards and committees; including Chairman of the Board of Trustees, Chairman of Evangelism, member of Council on Ministries and Administrative Board. He also taught Sunday School for ten years. Jeff’s love for sports and his community was evident as he coached youth soccer for ten years as well as coaching youth baseball and church league basketball. Once his children aged out of Saturday activities, Jeff could be found cheering on his beloved Ole Miss Rebels week after week. Jeff was not only outstanding in his professional endeavors but also in his hobbies; enjoying golf, tournament fishing, horse competitions, sporting dogs, and outdoor photography. Examples of his photography work were displayed at the World’s Fair in New Orleans in 1984. Jeff is survived by his wife of more than fifty years, Ellen Tate Short; his children Clay (Emily), Andy (Lacey), and Elizabeth Taylor (David); and eight grandchildren William, Ethan, Jackson, Nicole, Mason, Bo, Lucas, and Christopher; a sister-in-law Becky Cade (Paul Drew) and three nieces. He was preceded in death by his parents, his sister Virginia Short Orick, and a grandson Jeramy Hoch. Honorary Pallbearers will be Mitch Ellett, Bill Murphree, Pete Patterson, Paul Lowe, Robert Praytor, Bobby Dale, Jimmy Robbins, and Glen Davidson. Services will be on Tuesday, January 25, 2022 at 11 a.m. at First United Methodist Church with a visitation beforehand at 10 a.m. in the church Gathering Room. His internment will follow immediately at the columbarium outside the Sanctuary. Memorials can be made to First United Methodist Church Tupelo, St Jude Hospital in Memphis, TN or The Green Beret Foundation at 14351 Blanco Rd, San Antonio, TX 78216. Expressions of sympathy and fond memories may be made at www.peguesfuneralhome.com.

The family of Jeffrey Clayton Short, Sr. created this Life Tributes page to make it easy to share your memories.