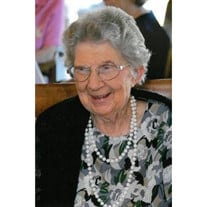 JANE MARIE SULLIVAN   Tupelo - Jane Marie Sullivan, 88, passed away February 4, 2017 at the Sanctuary Hospice House. She was born September 11, 1928 in the city of Chicago, Illinois to Walter and Josephine Repp. She graduated from high school at a time when that was not so common for girls and worked in data processing. She married the love of her life, John "Sully" Sullivan in 1950, a long and loving marriage that ended in 2002 with John's passing.   John and Jane liked to travel, to play tennis and go bowling together. John taught her to play golf and described her as a great partner as she always let him win. The pair moved to Tupelo in 1974, when John's employer relocated their manufacturing plant. They bought their first house where they welcomed other newcomers brought by the company to Tupelo. Devout Catholics, they invested their spiritual energies in the Saint James parish community and were faithful members of Saint James Catholic Church in Tupelo.   When Sully was diagnosed with cancer, Jane became the most devoted of longtime caretakers. With his passing, Jane found herself alone. "I could sit home alone or I could go out and meet new people," Jane said. And she did. She volunteered to visit people in the hospital or homebound and to help fellow parishioners, especially the elderly. She became a Eucharistic Minister or her church, delivering Holy Communion to the homebound and was well known for faithful visits to others in local nursing homes or care facilities, taking many to doctor's appointments and assisting with any other needs. Jane was an inspiration to so many, not only did she touch the lives of the many she visited and their families by her great faith example, but her ministry, her witness of faith and her quiet, humble presence reflected the ultimate of Christian love and caring.   Jane was scheduled to be presented with the Bishop Chanche Medal, a very prestigious award presented yearly to selected individuals within the Catholic Diocese of Jackson, Mississippi for Commitment to the Gospel and Mission of the Church in the Diocese of Jackson in a ceremony on Saturday, February 18, 2017, in the Cathedral of Saint Peter, the Apostle in Jackson.   She is survived by her brother, Walter "Jim" Repp, Jr. and multiple nieces, nephews, cousins, and grandnieces. She will be sorely missed by her many dear friends and by all those in her church community at St. James Catholic Church.   Visitation will be 10 a.m. Thursday, February 9, 2017 in Saint James Catholic Church with Funeral Mass in the church at 11 a.m. following the visitation. Burial will follow at Tupelo Memorial Park. W. E. Pegues Funeral Directors is in charge of arrangements.   Memorials may be made to Sanctuary Hospice House, PO Box 2177, Tupelo, MS 38803 or St. James Catholic Church, 845 Lakeshire Drive, Tupelo, MS 38804.   Expressions of sympathy may be sent to the family at www.peguesfuneralhome.com.

JANE MARIE SULLIVAN   Tupelo - Jane Marie Sullivan, 88, passed away February 4, 2017 at the Sanctuary Hospice House. She was born September 11, 1928 in the city of Chicago, Illinois to Walter and Josephine Repp. She graduated from high school... View Obituary & Service Information

The family of Jane Marie Sullivan created this Life Tributes page to make it easy to share your memories.

Send flowers to the Sullivan family.