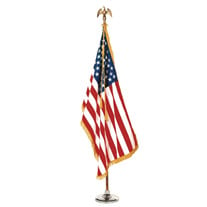 Tupelo- Harold Gene Williamson, 77, died Monday, October 19, 2020 at Sanctuary Hospice House. He was born in Dozier, Alabama, December 5, 1942 to Grover F. and Adell Owens Williamson. In 1962, he enlisted in the United States Air Force where he served at many duty stations both within the United States and abroad. While stationed in Columbus, he met Vallory Shackelford while stationed whom he married in 1965. He was later stationed in Omaha, Nebraska where attended classes at Embry-Riddle Aeronautical University and spent the last four years of his 20 years of service working in Project Looking Glass, the Air Force’s airborne command post. He retired in 1982 and later worked at Stark Aerospace, owned and operated Triangle Aviation Maintenance, was an instructor of Air Frame and Power at Embry-Riddle University and East Mississippi Community College, and had most recently worked as a deputy with the Lowndes County Sheriff Department. He was also a pilot who flew privately. Harold was born to tinker. He loved working with his hands and was always taking part in some type of project. He was extremely mechanically minded and could fix anything from clocks to airplanes, both of which he had a strong affinity for. He never owned a patch of land he did not grow something in and much preferred eating vegetables picked and prepared fresh from his garden over take-out. He was an avid gun collector, a licensed gunsmith, clockmaker, and aviation enthusiast. When he wasn’t fixing things, he enjoyed hunting, fishing, tending to his gardens, especially his roses, and watching Westerns. Survivors include his wife, Vallory Williamson; three daughters Melanie Manney (Rodney) of Sarasota, Florida, Monica Jordan (Scott) of Memphis, Tennessee and Marci Wagner (Scott) of Tupelo; seven grandchildren, Nicholas Dolan, Corey Dolan (Monica), Miles Jordan, McKinley Coleman (Tyler), Mia Jordan, and Mason and Madison Wagner; one great-granddaughter, Hendrix Ava Dolan; brother, Williford Willamson of Dozier; sister-in-law, Rachel Eide; sister-in-law, Mae Hudson (Don Champion); and several nieces and nephews. He was preceded in death by his parents; sister, Vera Foster; and brother, Julius Williamson. A private family memorial service will be held at a later date. Memorials may be made to the Alzheimer's Society, 1900 Dunbarton Drive, Suite 1, Jackson, MS 39216. Expressions of sympathy may be left at www.peguesfuneralhome.com.

The family of Harold Gene Williamson created this Life Tributes page to make it easy to share your memories.

Send flowers to the Williamson family.