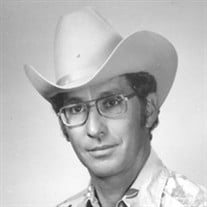 GUY B. SPRINGER   Pontotoc - Guy Brown Springer, 76, passed away Friday, November 3, 2017, at North Mississippi Medical Center in Tupelo after a lengthy illness. A native of Florence, Alabama, he was born January 15, 1941, to Guy N. and Thelma Laura Brown Springer. He was raised in the Florence area and was a 1959 graduate of Coffee High School. He received his Bachelors Degree in Animal Science from Auburn University and continued his graduate studies at Mississippi State University (MSU) receiving his masters and PhD in Biochemistry, Physiology and Animal Nutrition. He had worked over 27 years with MSU starting with the MSU - Extension Service. Guy also worked extensively with the 4-H youth programs. The last six years, prior to his retirement with Mississippi State, he was the State Equine Specialist and Professor on the Starkville Campus. He was also a coach for the MSU Horse Judging Team. Long-time member of the Mississippi Quarter Horse Association, he served as vice president in 1995 and president in 1996. He showed horses extensively throughout the Southeast. Guy also served as a ring master for Dixie National for over 20 years. Guy was a member of the Methodist church and was a Boy Scout leader in Pontotoc, where he retired. He was an outdoor enthusiast who enjoyed running, hiking, back-packing, canoeing and repelling. Guy had accumulated over 1,000 miles on the Appalachian Trail. He was also an avid biker.    Survivors include his wife, Kriss Gunter Springer of Pontotoc; children, Rachel Springer Wood (J.D.) of Tupelo and Courtney Springer Maxey (Jeremy) of Pontotoc; grandchildren, John Austin Wood, Keira Maxey and Kinsley Maxey. A host of nieces and nephews.   Visitation will be from 5 until 7 p.m. Sunday, November 5, 2017, and 10 until 11 a.m Monday, November 6, 2017 at W. E. Pegues, Tupelo.   A Celebration of Life will be 11 a.m. Monday, November 6, 2017, at the Jefferson Street Chapel of W. E. Pegues with Rev. Will Howie officiating.   In lieu of flowers, donations may be made to a local 4-H Club or the Sierra Club.   Expressions of sympathy may be left at www.peguesfuneralhome.com.

GUY B. SPRINGER   Pontotoc - Guy Brown Springer, 76, passed away Friday, November 3, 2017, at North Mississippi Medical Center in Tupelo after a lengthy illness. A native of Florence, Alabama, he was born January 15, 1941, to Guy N. and Thelma... View Obituary & Service Information

The family of Guy B. Springer created this Life Tributes page to make it easy to share your memories.

Send flowers to the Springer family.