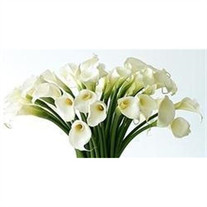 GRACE FIELDER   Tupelo - Grace Audrey Fielder, 92, passed away Tuesday, October 11, 2016, at North Mississippi Medical Center. She was born February 17, 1924, to Albert Lee and Loretta Holcomb. Grace was a part of quality control at Reeds Manufacturing for numerous years. She also worked part-time at Wal-Mart in the Bakery and Pharmacy department. Grace was married to Loys "Slim" Fielder until his passing in 1989. Grace was a wonderful cook and enjoyed cooking meals for her family and working in her vegetable garden. She was a very talented seamstress and sewed most of her clothes. Grace enjoyed feeding the birds. She was a long time member of Furrs Baptist Church and recently moved her membership in the last couple of years of Bissell Baptist Church.   Survivors include children, Al Henderson (Pat) of Wilson, Arkansas, Richard Henderson, Jr. of San Francisco, California and Frank Henderson of Baldwyn; grandchildren, Al Henderson, Jr. (Lisa) of Osceola, Arkansas, Michelle Weathers (Kevin) of Keiser, Arkansas, Amie Henderson of Detroit, Michigan, Richard Henderson, III of Jonesboro, Arkansas, Jessica Henderson of Tupelo and Kristy Wallace (Matt) of Wake Forrest, North Carolina; seven great-grandchildren, one great-great-granddaughter and one brother, Calvin Holcomb of Furrs Community.   She was preceded in death by her parents; husband, Slim Fielder; sister, Viola Hendrix and brothers, Arnold and Charles Holcomb.   Visitation will be from 5 until 8 p.m. Friday, October 14, 2016, at W. E. Pegues, Tupelo and Saturday from 12 until service time, at the church.   Services will be 2 p.m. Saturday, October 15, 2016, at Bissell Baptist Church with Rev. Roger Smith officiating. A graveside service will follow in Furrs Cemetery.   Expressions of sympathy may be left at www.peguesfuneralhome.com.

The family of Grace Fielder created this Life Tributes page to make it easy to share your memories.

Send flowers to the Fielder family.