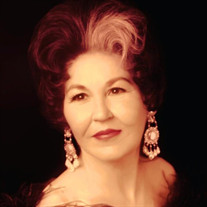 Gleneva Reedy “Glynn” Servis, age 99 a resident of Albuquerque since 1964 passed away Monday, April 26, 2021 at home surrounded by her family. Glynn was born on August 18, 1921, in Tupelo, Mississippi, to Newsom Luther and Purney Scribner Reedy and was the fifth of twelve children. After graduating from Tupelo High School, Glynn worked at the telephone company until she met the love of her life, Captain John Servis, who was visiting Tupelo with a military convoy in 1945. After a whirlwind courtship, they married and were together for 58 years. After the war John stayed in the Army, and they were stationed in 17 different places including, New York, Washington, DC, New Mexico, Germany, France, Pennsylvania, Utah, and again in New Mexico in 1964 where they retired. While living in Europe, they visited Switzerland, Austria, Italy, Greece, Turkey, Libya and Monaco. During their years the military, Glynn was involved in many church and volunteer activities including serving as Honorary Vice President of the Officers’ Wives Club and being a volunteer at the base hospitals. She enjoyed many things, but she especially loved being around her family and friends. Glynn had a way of making everyone feel loved and special, and her home was a place where all were welcomed. Even though she moved away from her family in Tupelo, she always remained close to them and managed to visit whenever she could. She attended the Kirtland Air Force Base Chapel in Albuquerque for many years and kept her church membership at the First Baptist Church in Tupelo. Glynn had a tremendous faith that she passed down to her family. Glynn is survived by her daughter, Ann Urist, and husband, Steve Urist; grandchildren, John Urist and wife, Melissa, and Kelly Grice and husband, Jimmy; three great-grandchildren, Lillian Ann Grice, Kody James Grice, and Lauren Barbara Urist, all of Albuquerque. She is survived by two sisters, Peggy Curtis of Selmer, Tennessee, and Barbara Prude of Tupelo. She was preceded in death by her parents; her husband, John Dodge Servis; four sisters, Dorothy Reedy, Dessie Cross, Lillian Estes, and Geneva Collins; and five brothers, Samuel Reedy, Clyde Reedy, Dewey Reedy, Bill Reedy, and John C. Reedy. Glynn will be greatly missed by her loving family and all whose lives she touched. A Memorial Service will be Saturday, May 22, 2021, 3:00 p.m. at FRENCH – Lomas in Albuquerque, NM. A Graveside Service will be Friday, May 28, 2021, 2:00 p.m. in the family plot in Lee Memorial Park Cemetery, 5257 Raymond Ave., Verona, Mississippi.

The family of Glynn Servis created this Life Tributes page to make it easy to share your memories.

Send flowers to the Servis family.