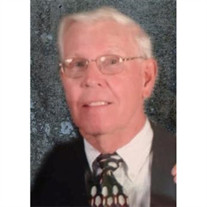 Eugene Tice   Saltillo - Eugene Milton Tice, 87, passed away Saturday , October 22, 2016, at the Greenhouses at Traceway.  He was born July 20, 1929, in Prequeisle, Wisconsin to parents Milton Tice and Margaret McCarty. Eugene joined the military in 1951and proudly served his country for twenty one years in the United States Navy in Submarine Service. He married his precious and loving wife Nancy in 1964, while living in Norfolk, Virginia. After his time in the Navy came to an end he began a career working for the Mississippi employment security commission and became the owner of his own cabinet shop. When he had free time Mr. Tice enjoyed spending his days on the golf course and fishing.   Survivors include his wife Nancy Tice; two daughters, Lisa Newell(Chris) of Connecticut, Dawn Howard(Tom) of Olive Branch, Mississippi; two sons, Tony Tice(Paula) of New Albany, Steve Tice(Nancy) of Maine; one sister, Carol Munson(Leroy) of North Dakota; three brothers, Mike Tice (Jeannette) of Michigan, David Tice of Wisconsin, Allen Tice (Gladys) of Florida; eleven grandchildren; eight great-grandchildren.   He is preceded in death by his parents.   Visitation will be from 5 until 7 p.m. Monday, October 24, 2016, at W.E. Pegues, Saltillo.   Services will be 11 a.m. Tuesday, October 25, 2016, at the Saltillo Chapel of W.E. Pegues with the services being officiated by Rev. Michael Hollingsworth.   Memorials may be made to St. Jude Children's Research Hospital, 262 Danny Thomas Place, Memphis, Tennessee, 38105.   Expressions of sympathy may be left at www.peguesfuneralhome.com.

The family of Eugene Tice created this Life Tributes page to make it easy to share your memories.

Send flowers to the Tice family.