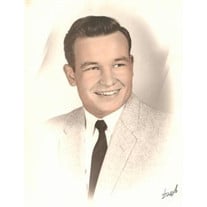 MARSHALL BOYD Tupelo - Elder Hugh Marshall Boyd, 77, a man of great faith, left this world Monday morning in the Hospice Unit at the North Mississippi Medical Center to join his Lord and Savior. An Amory native, he was born July 7, 1939 to Billie N. and Virginia Bolding Boyd. He moved with his family to Tupelo as a young teenager and had resided in Tupelo since that time. In his early years, he and his brother, Vernon, were known as the East Tupelo Paper Boys, delivering newspapers as youngsters. He was a 1957 graduate of Tupelo High School and had also attended Itawamba Junior College. While in high school, he was a member of the Key Club, Hi-Y, Chorus, elected Class Vice President, and played on the Golden Wave Football team. Active in his youth with Boy Scouts of America, he achieved the rank of Eagle Scout. He was a proud "papa" to three grandsons who also achieved the rank of Eagle Scout. Marshall attained the rank of Sergeant Major with the Mississippi Army National Guard 155th Armored Brigade retiring after 21 years of service. He was an ordained Primitive Baptist Church minister and pastored Harmony Primitive Baptist Church in Tupelo since 1974. He was co-owner of Boyd's Furniture, a family owned business, from 1957 to 1982. He retired after 17 years with Busylad Rent-All. Marshall loved boating and water skiing with his family, hunting and fishing, watching football and was a big fan of Mississippi State University. He enjoyed church singings and loved to sing tenor. A service honoring his life will be at 2 p.m. Thursday in the Jefferson Street Chapel of W. E. Pegues with Elder Calvin Warren, Elder Tony Lester, and Bro. Jeremy Wise officiating. Burial will be in Lee Memorial Park. Elder Boyd is survived by his wife of 57 years, Geneva Lester Boyd of Tupelo; two daughters, Pamella Boyd Foster (Danny), Marsha Boyd Harrell (Dale) all of Tupelo; three grandchildren, Brad Foster (Karin), Kevin Foster and Bryan Harrell; one brother, Joe Randall Boyd (Sue) of Cookeville, Tennessee; an aunt, Robbie Merle Stephens of Amory; and several nieces and nephews. He was preceded in death by his parents; two brothers, Maurice Wayne Boyd, who died as an infant, and Billie Vernon Boyd. Visitation will be from 12 p.m. until service time Thursday at W. E. Pegues in Tupelo. Memorials may be made to the NMMC Hospice, 422 East President Ave., Tupelo, MS 38801, or to Harmony Primitive Baptist Church, 668-A Hillsdale Dr., Tupelo, MS 38804. Expressions of sympathy may be left at www.peguesfuneralhome.com.

MARSHALL BOYD Tupelo - Elder Hugh Marshall Boyd, 77, a man of great faith, left this world Monday morning in the Hospice Unit at the North Mississippi Medical Center to join his Lord and Savior. An Amory native, he was born July 7, 1939 to... View Obituary & Service Information

The family of Elder Marshall Boyd created this Life Tributes page to make it easy to share your memories.

Send flowers to the Boyd family.