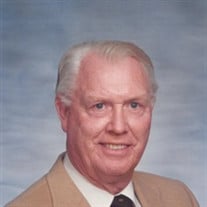 ED POSEY   Tupelo - Ed Posey, 89, passed away peacefully at home on Monday, July 10, 2017 in Tupelo. He was born April 28, 1928 in Plantersville to Montague M. and Nona Ballard Posey.   Ed graduated from the University of Mississippi with a degree in Biology. He retired in 1995 as the manager of the water side of the Tupelo Water and Light Department where he spent the majority of his 40 years of service to the city. In 1992, he was honored as the Public Servant of the Year for his, then, 37 years of service.   Over his long life, Ed was extremely active in the Tupelo community. He served in many capacities in the Lions Club of Tupelo including secretary, first vice-president and eventual president. He also held the office as secretary of the Tupelo Jaycees, chairman of the Lee County TB-RD Association, member of the Mississippi Lung Association and president of the Mississippi-Alabama section of the American Water Works Association. He was a longtime member and eventual president of the Saltillo Fishing Club. He and his wife, Kit, were also active members of Calvary Baptist Church for over 60 years. Ed loved to work in his garden, spend time at his weekend cabin in Saltillo, as well as travel. He enjoyed visiting his son, daughter-in-law and grandsons at every place they lived, including Japan and Norway.   Ed is survived by his son, Kenneth Posey and daughter-in-law, Kathy from The Woodlands, Texas; grandson, Christopher Posey, currently attending his final year at the University of Missouri and living in Columbia, Missouri; a very special friend, Yvonne Mosley Mann of New Albany, along with many nieces and nephews and grand nieces and nephews.   He was preceded in death by his parents, Montague and Nona Posey; wife of 56 years, Kit Posey; brother, Melvin Posey of Tupelo and grandson, Joshua Posey of The Woodlands, Texas.   The family welcomes all that can attend the memorial service held in Ed’s honor on Monday, July 24, 2017 at 11 a.m. at Calvary Baptist Church, located at 501 West Main St. Tupelo, MS 38804. There will be a lunch served after the service at the church.   In lieu of flowers the family asks that you consider donations to the Calvary Student Ministry at Calvary Baptist Church. You may donate by sending a check directly to the church at PO Box 1008 Tupelo, MS 38802 (notate that it’s in memory of Ed Posey) or online at Calvarytupelo.com.   Expressions of sympathy may be left at www.peguesfuneralhome.com.

ED POSEY   Tupelo - Ed Posey, 89, passed away peacefully at home on Monday, July 10, 2017 in Tupelo. He was born April 28, 1928 in Plantersville to Montague M. and Nona Ballard Posey.   Ed graduated from the University of Mississippi with... View Obituary & Service Information

The family of Ed Posey created this Life Tributes page to make it easy to share your memories.

Send flowers to the Posey family.