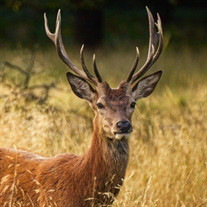 Tupelo—Andrew Earl Creely Sr. passed away Sunday, August 29, 2021 at the North Mississippi Medical Center after a brief illness. A lifelong resident of Tupelo, Earl was born May 16, 1943 to Albert F. and Henrietta Hodges Creely. He grew up in the Mt. Vernon community and graduated from Tupelo High School in 1961. He then went on to Mississippi State University where he earned a B.S. in Education with an emphasis in industrial technology. Earl was a member of the R.O.T.C at MSU and served in the Army Reserves. After graduation he worked as production control manager at Walker Manufacturing in Aberdeen. Since 1969 Earl was a building contractor, real estate broker of both residential and commercial construction. He served several terms on the board of the Tupelo Homebuilders Association and also as president of the board. Currently, Earl was co-owner of Tupelo Lumber Company on Daybrite Drive since 1978. He was led to the Lord by his dad as a teen and was an active member of Harrisburg Baptist Church and later King’s Gate Worship Center of Tupelo. He and his wife, Sue, founded Grace Ministries of Tupelo in 2000, a family counseling center and intercessory prayer ministry. Earl was an avid hunter and wildlife supporter. Early in his life, he hunted all around North Mississippi for birds and deer with his bird dog, Ole Joe. He began hunting in Colorado in the early 1970’s, harvested many trophy deer and elk. He also hunted in New Mexico for antelope, in Kentucky for ducks and geese, in Ireland for the fallow deer, and in Canada for caribou. He owned an operating farm and hunting land in Leflore County. Every weekend and many week days, he spent time on this project. The effort turned out to be an envy of sportsmen throughout the area. Also for a time, he owned Wilderness Outfitters, a hunting and fishing supply store in Tupelo. Earl leaves behind his wife of 51 years, Jeannie Sue Turner Creely; two sons, Andrew Earl “Andy” Creely Jr. and wife, Renee of Tupelo and Matthew Turner “Matt” Creely and wife, Jeanne Beth; his granddaughter, Drew and twin grandsons, Garrett and Turner; and his brother, Robert Gerald Creely and wife, Johnnie of Tupelo; and the staff of Tupelo Lumber Company. Due to the pandemic, there will be no public services. W.E. Pegues Funeral Directors is entrusted with the arrangements. Expressions of sympathy and fond memories may be shared at www.peguesfuneralhome.com. In lieu of flowers, memorials may be made to Extra Table Ministries, at extratable.org; or Grace Ministries, 1892 Columbine Drive, 38801.

Tupelo&#8212;Andrew Earl Creely Sr. passed away Sunday, August 29, 2021 at the North Mississippi Medical Center after a brief illness. A lifelong resident of Tupelo, Earl was born May 16, 1943 to Albert F. and Henrietta Hodges Creely. He grew... View Obituary & Service Information

The family of Earl Creely created this Life Tributes page to make it easy to share your memories.

Send flowers to the Creely family.