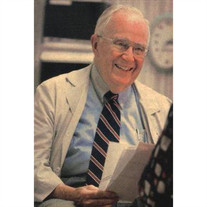 Eugene Moreau Murphey III, M.D.   Tupelo- Dr. Eugene Moreau Murphey III, 96, passed away on Friday November 4, 2016 in hospice care at North Mississippi Medical Center. He quietly and peacefully left this world surrounded by family members and his beloved wife of 71 years, Margaret Anne.   It was fitting that he spent his last days in the hospital that has been his lifelong devotion since his arrival here as a young Internist in 1950. His many years of service were honored by the exceptional care and comfort he received from the NMMC staff in his final days.     Dr. Murphey was born in West Point, MS September 30, 1920 to Margaret Elizabeth Joyner Murphey and Eugene Moreau Murphey, Jr. His family moved to Long Beach, MS in 1926, and he graduated from Long Beach High School in 1938.   He attended the University of Mississippi and received his MD degree from Tulane University School of Medicine in 1945. After completing an internship at Charity Hospital in New Orleans, he served as a captain in the U.S. Army Medical Corps and was stationed in post war Japan from 1946-1948. He returned to Ochsner Foundation Hospital in New Orleans where he completed a fellowship in Internal Medicine in 1950.   Gene and Margaret Anne married in New Orleans in 1945. They moved to Tupelo in 1950 where he opened his medical practice in a renovated house on Main St. Over the next sixty-four years, he provided care for literally thousands of patients from all over North Mississippi. He was known as an astute diagnostician and was also a positive role model for physicians and medical staff.  He demonstrated principles of integrity, love, and service that grew out of his faith in God and his dedication to upholding the Hippocratic oath.   He was a founding partner of Internal Medicine Associates of Tupelo, served as President of the NMMC Medical Staff, President of the Mississippi Heart Association, Medical Director of NMMC Inpatient Alcohol and Drug Treatment, and Foundation Board for Good Samaritan Clinic. He chaired or served on numerous committees responsible for the growth and development of NMMC infrastructure over the years including Home Health Care and Medical Intensive Care. He recently received recognition of his accomplishments by the Ochsner Foundation Hospital Alumni Association and in 2014 was elected a Fellow of the American College of Internal Medicine.   Gene was a faithful and active member of First Presbyterian Church. He served as Deacon, Elder, choir member, and chaired numerous committees over the years directing the life and growth of the church.   He helped build a solid foundation for the performing arts and cultural programs in the city of Tupelo. He served as President of the Tupelo Community Theater, was a board member for many years, and performed in numerous productions. He was an avid supporter of the North Mississippi Symphony from its inception. He had a lifelong passion for photography and was a founding member of the Southern Lights Photography Club. His efforts in the community were honored by being named Tupelo's Outstanding Citizen in 2003.   He is survived by his loving wife Margaret Anne; children William Cooper Murphey of Tupelo, Dr. Steven Moreau Murphey (Anita) of Hattiesburg, MS, Margaret Elizabeth Murphey of Tupelo, and Jean Faison Murphey of Atlanta, GA. grandchildren include David Stokes Murphey (Taryn) of Hattiesburg, MS and William Moreau Murphey of Nashville, TN; great grand children are Tatum Lee Murphey and Kiel Stokes Murphey of Hattiesburg; Sister-in-law Betty Faye Willis (Perry) of Parker, CO, Niece Elizabeth Anne McFarlain of Lafayette, LA; nephews Charles Perry Willis, Jr., (Susan) of Parker, Co, and James Clinton Willis (Jennifer) of Cape Elizabeth, ME; great nephews Lee McFarlain (Heather) of Houston, TX, Charles William McFarlain (Jennifer) of Lafayette, LA and many others.     Special thanks go to caregiver Darrell Gates for his loving care and friendship over the past three years.     Visitation will Sunday, November 6, 2016, 3 until 5 p.m. at First Prsbyterian Church.   A Memorial service will be 2 p.m. Monday, November 7, 2016, at First Presbyterian Church with Rev. Tom Groome and Rev. Ron Richardson officiating. Interment will follow at the First Presbyterian Columbarium.   A time of visitation will occur one hour prior to the service.   Contributions in memory of Dr. Murphey may be made to the Legacy Fund of the North Mississippi Symphony Orchestra 1800 West Main Street, Tupelo, 38801 or St. Jude Children's Research Hospital 262 Danny Thomas Place, Memphis, Tennessee 38105   Expressions of sympathy may be left at www.Peguesfuneralhome.com

The family of Dr. Eugene Murphey created this Life Tributes page to make it easy to share your memories.

Send flowers to the Murphey family.