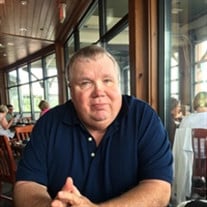 DICK HOLLAWAY   Birmingham Ridge Community - Richard Thomas Hollaway, 57, passed away Saturday, November 4, 2017, at Saint Francis Hospital - Bartlett in Memphis, Tenn. after a short illness. A life-long resident of Lee County, he was born in Tupelo on May 26, 1960, to Lee Thomas and Mary Nelle Wages Hollaway. He graduated from Tupelo High School in the class of 1978. On June 4, 1983, he married Connie Smith. Dick won numerous skeet and trap open titles during his life time including, the 28 Gage World Skeet Champion in 1993. In 1995, he won the Champion of Champions Event, one of the most prestigious awards in the competition, and in 1994 and 1996, he was a member of the All American Skeet Team. In 1997, Dick opened Whitetail Ridge Outdoors. He was in the Inaugural Class of Mississippi Skeet Shooting Hall of Fame in 2014. Dick was also a licensed amateur Ham Radio operator whose call sign was, N5IPI. Dick enjoyed hunting, fishing and traveling with his wife. He was Baptist by faith and attended Birmingham Ridge Baptist Church.   Survivors include his wife, Connie Smith Hollaway of the Birmingham Ridge Community; father, Tom Hollaway of Tupelo; sister, Michele Hollaway of Blue Springs; uncle and aunt, Ben and Joanne Burleson of Tupelo; sister-in-law, Susan Hankins (Charlie) of Tupelo; niece, Kimberly Hankins Neal (Aaron) of Catonsville, Maryland and their child, Caleb; nephew, Burris Hankins of Tupelo and numerous cousins.   He was preceded in death by his mother, Mary Nelle Hollaway.   Visitation will be from 5 until 8 p.m. Monday, November 6, 2017, at W. E. Pegues, Tupelo.   Services will be 11 a.m. Tuesday, November 7, 2017, at the Jefferson Street Chapel of W. E. Pegues with Rev. Bobby Holland officiating. Graveside services will follow in Lee Memorial Park.   Pallbearers will be Burris Hankins, Pat Burleson, Taylor Moore, Murry Moore, Robert Frederick, Brian Rishel, Jim Costin and Caile Bradham.   Honorary pallbearers will be members of Whitetail Ridge Outdoors and his hunting and fishing buddies.   Expressions of sympathy may be left at www.peguesfuneralhome.com.

The family of Dick Hollaway created this Life Tributes page to make it easy to share your memories.

Send flowers to the Hollaway family.