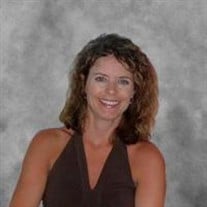 DENISE WILLIS JONES   Tupelo - Denise Michelle Jones, 53, passed away Wednesday, April 26, 2017 at her home. She was born August 13, 1963 at St. Mary’s Hospital in Cairo, Illinois to Kenneth and Bonnie Thurston Willis.   She ran barefoot in the summer without insect repellent or sunscreen. From an early age, she rode motorcycles without a helmet, in the back of pickup trucks, and in cars with no seatbelt. Somehow, she survived her childhood and, having never seen a nun before, was enrolled in St. Joseph’s Catholic Grade School. The excellent education she received there set her up for a lifetime of being frustrated by poor spelling and the misuse of you’re and your. She graduated valedictorian of her class from Cairo High School, and from the University of Mississippi School of Pharmacy.   While in pursuing her pharmacy degree, she worked at the North Mississippi Medical Center pharmacy and fell in love with her coworkers. During her last year of pharmacy school, she met a young medical student while working on the psychiatric ward of the VA hospital in Jackson. They were married a year later. She moved to Jackson and worked at St. Dominic until her husband finished his degree. They then headed to South Carolina where she worked for Rite Aid while he completed his residency. When it was time to decide where to settle down, she chose Tupelo, due, in no small part, to her desire to return to her NMMC pharmacy family.   She worked at NMMC until being promoted to her most important job, being a mother. While being a stay-at-home mom she managed to stay busy. With an infant and toddler in tow, she was instrumental in the formation of her husband’s business, Jones Family Medical Clinic, where she remained his right-hand woman, running the business behind the scene. At Calvary Baptist Church, she served with VBS, Mission Friends, and Children’s Choir, and as a Sunday school teacher. At Tupelo Christian Preparatory School, she served numerous years as homeroom mother, as secretary of the Parent Teacher Fellowship, as Cub Scout den mother, and as assistant volunteer swim coach. She served four years as fundraising chair for the Tupelo High School Swim Boosters, and one year as its president. A member of the Shockwave Aquatics Board, she was also a certified USA Swimming official and worked meets all across the state for many years. At the Mississippi School for Mathematics and Science, she was a member of Parents Lending United Support.   The one thing she did not do was her children’s homework. She worked for everything she got in life, and wanted to teach her children to do the same. When her youngest child was in first grade, she returned to NMMC pharmacy part-time, going full time once he was old enough to drive.   She will also be remembered most for her witty sense of humor and her love for her family and 70’s music. Her favorite holiday was April Fool’s Day, and most who know her, including her kids, have a story about a time when Denise pranked them well.   She is survived by her husband, Phil Jones of Tupelo; two sons, Eli and Benjamin Jones of Tupelo; mother, Bonnie Willis of Olive Branch, Illinois, and sister, Beth James of Cape Girardeau, Missouri.   Visitation will be from 4:30 until 8 p.m. Friday, April 28, 2017 at Calvary Baptist Church.   Services will be 11 a.m. Saturday, April 29, 2017 at Calvary Baptist Church with Rev. Chris DeGeorge officiating. Graveside services will follow in Tupelo Memorial Park.   Pallbearers will be Greg Pirkle, David Willis, Tippy LeMay, Rodney Stevens, Gerald Wages, Greg Jones and Kenney Jones.   Expressions of sympathy may be left at www.pegeusfuneralhome.com.

The family of Denise Willis Jones created this Life Tributes page to make it easy to share your memories.

Send flowers to the Jones family.