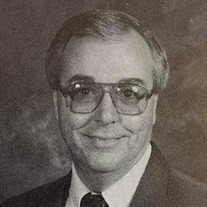 David Carl Harris Mantachie- David Carl Harris, 65, passed away Sunday, February 21, 2021, after a courageous battle with cancer, at the North Mississippi Medical Center. David was born December 31, 1955 to Willie Aubrey and Laura Mae Mann Harris. David grew up in Saltillo and in 1973; graduated from Saltillo High School. He obtained his Bachelor’s of Art in 1977 and in 1986 he earned his Master’s in Secondary Mathematics Education from Mississippi State University. He began his teaching career in Wynne, Arkansas teaching Math. He then taught for 35 years at Hamilton High School in Alabama teaching various mathematics courses. After retiring in 2016, he worked for Tupelo Public Schools until 2019. He also owned a commercial cleaning business where he served many restaurants and businesses in the surrounding area. David valued hard work and had a fierce determination to provide for his family. He pursued various passions from cooking at restaurants, owning his own restaurant and business, and his teaching career. He was a faithful member of Hebron United Methodist Church where he was a worship leader and Sunday school teacher for many years. On February 20, 1981 he married the former, Judy Riley. He dearly loved his family and friends and was always willing to lend a helping hand. He leaves behind his wife, Judy Harris; two daughters, Rebecca Leigh Carey and her husband, Ryan of Collierville, Tennessee and Bethanie Shea Harris of Mantachie; one grandson, Isaiah Matthew Carey. David is also survived by his mother, Laura Mae Harris of Saltillo; one sister, Barbara Hurt and her husband, Danny of Saltillo and Cecil Harris and his wife Jencie of Hatley; and numerous nieces and nephews. He is preceded in death by his father, Aubrey Harris. Private graveside services celebrating David’s life will be Thursday, February 25, 2021, at Friendship Cemetery in Peppertown with Rev. Joe Coggins and Rev. Tim Green officiating. W. E. Pegues Funeral Directors is in charge of the arrangements. Pallbearers will be Chad Hopkins, Scott Hurt, Brad Mann, Josh Ross, Tyrone Sanders, and Larry Wade. Honorary pallbearers will be Hebron United Methodists Church Adult Sunday School Class. Memorials may be made to Hebron United Methodist Church, 257 CR 1351 Saltillo, MS 38866 or St. Jude Children’s Research Hospital, PO Box 50, Memphis, TN 38101. Expressions of sympathy may be left at www.peguesfuneralhome.com.

The family of David Carl Harris created this Life Tributes page to make it easy to share your memories.

Send flowers to the Harris family.