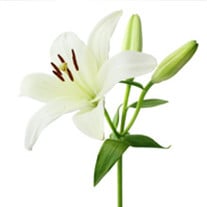 DARLETTA SCHLAHT   Tupelo - Darletta Mae Schlaht, 88, passed away Saturday, October 14, 2017 at the North Mississippi Medical Center. She was born in Elgin, North Dakota on August 12, 1929, to Walter and Fredia Weichum Sandau. Darletta co-owned D and S Construction and a western store for a number of years. Darletta was a very kind and loving wife, mother and grandmother. She was a hard worker, loved her beautiful yard and baking homemade goods for her family and friends. She loved traveling with her husband. Her next favorite passion was shopping since she was a classy lady. Darletta was a Jehovah's Witness for 61 years, and she actively and zealously enjoyed her ministry until three days before her death. She had a very strong faith in the Bible and loved talking to others about it.   Survivors include her children, Kathy Schlaht Hood (Billy) of Houlka and Terry S. Schlaht (Norsala) of Kilauea, Hawaii; daughter-in-law, Rhonda Schlaht of Houston, Texas; sister, Margie Woodsum of Albuquerque, New Mexico; brother, Darell Sterritt of The Dells, Washington; grandchildren, Connie Hood Combs (A. W.) of Houlka, Larry Hood (April) of Pontotoc, Jennifer Hood of Houlka, Amber Schlaht Massey (Mike) of Carrolton, Texas, April Schlaht Mason (Jeff) of Houston, Texas, Justin Hood (Sarah) of Dallas, Texas and Ethan Schlaht of Kilauea, Hawaii and eight great-grandchildren and two great-great-grandchildren.   She was preceded in death by her parents; husband, Solomon Schlaht; son, Ronald Schlaht; great-grandson, Morgan Massey; sister, Gertrude Breitsprecher and brothers, Jack and Fred Sterritt.   Memorial services will be 12 p.m. Saturday, October 21, 2017 at the Tupelo Kingdom Hall of Jehovah's Witness with visitation one hour prior to service time. Bro. Richard Delguidice and Bro. Elliot Hall will be officiating the service. Burial will be in Tippah Memorial Gardens.   Expressions of sympathy may be left at www.peguesfuneralhome.com.

The family of Darletta Schlaht created this Life Tributes page to make it easy to share your memories.

Send flowers to the Schlaht family.