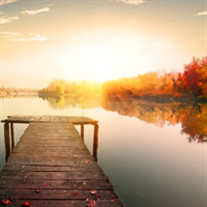 DR. D. F. CROWE   Tupelo - Denvil F. Crowe, M. D., 93, died Thursday, June 22, 2017, at Generations Assisted Living. He was born August 27, 1923, to Otte Farris and Myrtle Callis Crowe. Born and raised in Braggadocio, Missouri, he graduated from Braggadocio High School at the age of 15. During his senior year of high school he took courses at Vanderbilt University. Dr. Crowe was studying to be a doctor while serving in the United States Army. He attended as an undergraduate at Westminster College in Fulton, Missouri. Dr. Crowe continued his education in medical school at St. Louis University and became a doctor at the age of 22. He served his internship at Charity Hospital in New Orleans, Louisiana. While there he served with the team of doctors who performed the first successful open heart surgery. Dr. Crowe began his medical practice in Carroll, Iowa, and from there, furthered his medical specialty to radiology at Vanderbilt University and Veterans Hospital in Nashville. He was licensed to practice medicine in Mississippi, Alabama, Tennessee, Kentucky, Louisiana, Missouri, Arkansas and Iowa. Dr. Crowe was one of the first to bring catfish farming to Mississippi. He owned a catfish farm in Belzoni. He often stated he was a "doctor all week and a farmer on the weekends." He and his three brothers owned farms near Hollandale, Mississippi as well as a cotton gin in Arcola. He was a member of Calvary Baptist Church in Tupelo.   Survivors include his wife of 72 years, Erma Crowe of Tupelo; children, Denise Eatherly of Plano, Texas and Denvil F. Crowe, Jr. (Janna) of Belden; grandchildren, Chris Livingston of Japan, Camie Crowe Martin (Bobby) of Jackson, Caitlin Crowe Otis (Will) of Tupelo and Dee Crowe of Belden; great-granddaughter, Rivers Otis.   He was preceded in death by his parents, sister, and brothers.   Visitation will be from 4 until 6 p.m. Sunday, June 25, 2017, at W. E. Pegues, Tupelo.   Services will be 2 p.m. Monday, June 26, 2017, at the Jefferson Street Chapel of W. E. Pegues with Dr. Bryant Barnes officiating. Burial will be in Tupelo Memorial Park.   Pallbearers will be Chris Livingston, Michael Buchberger, Faris Buchberger, David Furr, Lamar Furr, Will Otis and Bobby Martin.   Memorials may be made to Gideons International, P.O. Box 140800, Nashville, TN 37214.   Expressions of sympathy may be left at www.peguesfuneralhome.com.

The family of Dr. D. F. Crowe created this Life Tributes page to make it easy to share your memories.

Send flowers to the Crowe family.