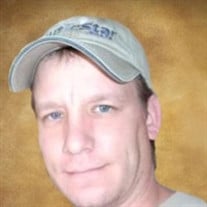 BRIAN HOUSER   Mooreville - Brian Charles Houser, 44, passed away Monday, November 20, 2017, at North Mississippi Medical Center. He was born May 20, 1973, to Charlie and Jocelynn Marie Adams Houser. Brian worked at Sunshine Mills for over eight years, most recently in maintenance. On November 19, 2010, he married Paula Hitchcock in Alabama after 22 years together. Brian enjoyed fishing, cooking and building things. He was a master at the grill, especially BBQ and dearly loved his grandchildren. Brian's favorite hobby was making people laugh, and his sense of humor was legendary.   Survivors include his wife, Paula Houser of Mooreville; father, Charlie Houser of Orange, Texas; children, Darren Hitchcock (Amy) of Saltillo and D'lisa Houser of Mooreville; grandchildren, Hayden Hitchcock, Johnie Hogue and Noah Stamper; sister, Tammy Brake of Lubbock, Texas; brother, Chad Houser of Mooreville.   He was preceded in death by his mother.   Services will be 3:30 p.m. Saturday, November 25, 2017, at the Jefferson Street Chapel of W. E. Pegues with visitation from 1 p.m. until service time Saturday.   The service will be live streamed and recorded for those who may not be able to attend at www.peguesfuneralhome.com. Expressions of sympathy may be left at www.peguesfuneralhome.com.

The family of Brian Houser created this Life Tributes page to make it easy to share your memories.

Send flowers to the Houser family.