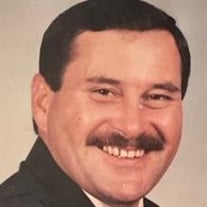 Billy Warren Sexton, Jr., 63, died Saturday, August 1, 2020 at his residence in Erin, Tennessee. He was born in McKenzie, Tennessee, October 22, 1956 to Billy Warren and Faye Greenwell Sexton. Like many young men of Billy’s generation, he proudly answered his country’s call to arms, serving in the United States Marine Corps during the Vietnam War. He received a degree in Funeral Service Education from Northwest Community College and spent most of his working life as a dedicated Funeral Director and Embalmer with several funeral homes in Tennessee and Mississippi. A jack of all trades, he also served as a Deputy Sherriff and worked in private commercial transportation for a number of years. On October 2, 1993, he married Faye Fowler. Billy was an avid outdoorsman and enjoyed fishing, hunting and shooting at the range especially with his son-in-law, Lance, and grandson, Cody. He also enjoyed playing guitar and practicing mixed martial arts. A people-person and a talker by nature, Billy never met a stranger. He also served as a Scottish Rite 32nd Degree Mason, baritone member of the Cross Bridge Quartet and was a member of First Baptist Church in Southaven. Survivors include his wife of almost 27 years, Faye Sexton of Southaven; three daughters, Amy Chapman and her husband, Lance, of Horn Lake, Brandy Gilbreath and Chelsea Brassfield both of Southaven; eight grandchildren, Cody and Jordan Chapman of Horn Lake, Brittany Vega and her husband, Zach of Southaven, Brooklyn and Olivia Gilbreath of Southaven and Landon, Ally and Leah Brassfield all of Southaven; one great-granddaughter, Isabel Chapman; two brothers, Johnny Sexton and his wife, Kathy and Brandon Townsend; and two sisters, Tanya Anderson and her husband, Mark and Lynn Musser Berlin and her husband, Danny. He was preceded in death by his father, Billy Warren Sexton, Sr. and his wife, Deborah; mother, Faye Greenwell Townsend; and paternal grandmother, Myrtle Key. Visitation will be 1 p.m. until service time Wednesday, August 5, 2020 at W.E. Pegues, Tupelo. Services honoring his life will be 3 p.m. Wednesday, August 5, 2020 at the Jefferson Street Chapel of W.E. Pegues with Rev. William Whitmon officiating. A graveside service will follow in Andrew’s Chapel Cemetery. Pallbearers will be Lance Chapman, Cody Chapman, Mark Anderson, Johnny Sexton, Jason Fowler and Johnny Fowler. Honorary pallbearer will be Landon Brassfield. The service will be live streamed and recorded for those who may not be able to attend at www.peguesfuneralhome.com. Expressions of sympathy may be left at www.peguesfuneralhome.com.

The family of Billy Warren Sexton Jr. created this Life Tributes page to make it easy to share your memories.

Send flowers to the Sexton family.