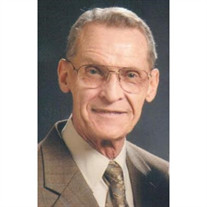 William Young, Jr.   Tupelo - J. William Young, Jr., 85, died Thursday morning at Sanctuary Hospice House in Tupelo. He was a former executive director of the CREATE Foundation in Tupelo, a position in which he served from 1986 to 1990. Young, a native of West Point, had been a resident of Tupelo since 1968. Young was the son of the late J. William Young, Sr. and Elizabeth Clark Young of West Point. He had earned an undergraduate degree in economics (Phi Beta Kappa) from Southwestern at Memphis (Rhodes College). He earned an MBA in accountancy from the University of North Carolina at Chapel Hill and he later earned a divinity degree from Louisville Presbyterian Theological Seminary in Louisville, Kentucky.   He served for seven years as assistant to the president of Louisville Seminary, and his work included communications, development and fundraising. Young worked at the community service agency, Lift, Inc., when he moved to Tupelo in 1968, and later owned a pet store in the Downtown Mall for 15 years. He was an active member of the First Presbyterian Church of Tupelo.   Young is survived by his wife, Sarah Bounds Young, Tupelo; daughter, Rachel Elizabeth Young of Huntsville, Alabama; granddaughters, Koury Elizabeth Young of Birmingham, Alabama and Hallie Anderson Young of Tuscaloosa, Alabama and a host of nieces and nephews.   He was preceded in death by his son, Wade Anderson Young, MD, of Tuscaloosa, Alabama; brother, Carsie Clark Young and sister, Erin Young Paulk.   Funeral services will be 3:30 p.m. Saturday at First Presbyterian Church ,Tupelo with the Rev. Mrs. Ann Houston Kelly and the Rev. Dr. Thomas P. Groome III, officiating. W.E. Pegues Funeral Directors is in charge of arrangements.   Visitation will precede the service at 1:30 p.m. in the church's McFadden Hall.   The family requests, in lieu of flowers, memorial contributions be made to First Presbyterian Church, P.O. Box, 1725, Tupelo, MS 38802, Clark-Young Scholarship, Louisville Presbyterian Theological Seminary, 1044 Alta Vista Rd, Louisville, KY 40205, or Sanctuary Hospice House, PO Box 2177, Tupelo, MS 38803.   Expressions of sympathy may be left at www.peguesfuneralhome.com.

William Young, Jr.   Tupelo - J. William Young, Jr., 85, died Thursday morning at Sanctuary Hospice House in Tupelo. He was a former executive director of the CREATE Foundation in Tupelo, a position in which he served from 1986 to 1990. Young,... View Obituary & Service Information

The family of Bill Young created this Life Tributes page to make it easy to share your memories.

Send flowers to the Young family.