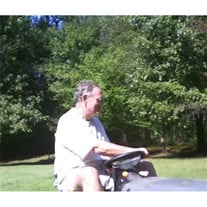 Bill Grintjes Tupelo- William "Bill" Grintjes, 72, died suddenly Friday, February 16, 2018 at the North Mississippi Medical Center. He was born July 16, 1945 in Oss, Netherlands to Cornelis Grintjes and Martijntje Pullen Grintjes. October 27, 1959, Bill and his family moved to Madison, Wisconsin. He served in the United State National Guard. On July 23, 1966, Bill married the love of his life, Karen Punzel. Bill and Karen enjoyed their time together being very active in their church, Lake Mills Moravian Church in Lake Mills, Wisconsin. Bill enjoyed amateur road racing and was a member of Midwestern Council Sports Car Club. Starting his career at Schweiger in Wisconsin as a draftsman, Bill worked in multiple cities until 1992 moving his family to Tupelo and finishing his career at People Loungers in Nettleton. Once in Tupelo, Bill became an active member of Tupelo Luncheon Civitan. Survivors include his wife, Karen Grintjes of Tupelo; daughter, Dianna Goodrich; three grandchildren, Gretchen Juron and her husband, Ben of Indiana, Zachary Goodrich of Texas and Marti Goodrich-Hill of Tupelo; sister, Margriet Zeigler and her husband, Tom of Indiana and brothers, Case Grintjes and his wife, Judy of Springfield of Illinois and Ted Grintjes and his wife, Nancy of Milwaukee, Wisconsin. He was preceded in death by his parents. A celebration of his life will be 2 p.m. Wednesday, February 21, 2018 at the Jefferson Street Chapel of W. E. Pegues. Graveside services will follow at Gilvo Cemetery. Visitation will be 12 p.m. until service time Wednesday February 21, 2018 at W. E. Pegues, Tupelo. Pallbearers will be Marti Goodrich-Hill, Zachary Goodrich, Gretchen Juron, Ben Juron, Roger Sullivan and Brian Nelson. Expressions of sympathy may be left at www.peguesfuneralhome.com.

The family of Bill Grintjes created this Life Tributes page to make it easy to share your memories.

Send flowers to the Grintjes family.