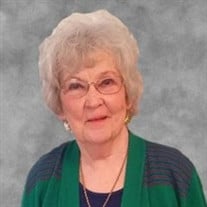 BETTY RAINES   Tupelo - Betty Jean Raines, 75, passed away Thursday, September 14, 2017, at North Mississippi Medical Center. She was born September 21, 1941, to Isaac Julius and Vera Blankenship Gable. On February 11, 1955, she married Troy Raines in Tupelo. For all of her working life Betty was a seamstress in clothing and furniture. She retired after 30 years, the most recent at H.M. Richards. After retirement, she continued her master talent of sewing anything and everything, and she really loved sewing outfits for her grandbabies. Betty enjoyed her flowers and loved to garden and fish. She was also a very talented baker, constantly baking pies and cakes for multiple ministries and was, for a time, over the food pantry at Emmanuel Baptist Church. Betty had a caretakers heart from nursing home visits to taking care of 426 foster children over the course of her life. Along with her husband, she spent 2 years at the Alpha House and 4 years at Faith Haven. She was a member of Emmanuel Baptist Church and attended the Orchard.   Survivors include her husband of 62 years, Troy Dell Raines of Tupelo; children, Roger Raines (Lori) of Belden and Sheila Raines Irons of Muscle Shoals, Alabama; grandchildren, Nikki Abney (Tommy) of the Mt. Vernon Community, Joshua Raines (fiancée, Tara Picket) of Nesbit, Scott Trotter (Ashley Quillen) of Muscles Shoals, Alabama, Madison Belk (Matt) of Tupelo and Hunter Raines (Sophie) of Memphis, Tennessee; great-grandchildren, Noah Cox, Anna Lauren Abney, Natalie Trotter, Lilah Raines and Brinley Trotter; sisters, Evelyn Howard (Bill) of Florala, Alabama and June McDivitt of Guntown; brother, James Gable of Ripley; sisters-in-law, Emily Dale Flanagan (Billy) of Saltillo and Helen Gable of Tupelo and a host of nieces and nephews.   She was preceded in death by her parents; father and mother-in-law, Troy and Myrtle Raines; sisters, Margaret Hutcheson and JoAnn Dunaway; brothers, Johnny, Jimmy and Jerry Gable and brothers-in-law, Farley McDivitt, Elmer Hutcheson and Quitman Dunaway.   Services will be 3 p.m. Sunday, September 17, 2017, at the Jefferson Street Chapel of W. E. Pegues with visitation from 1 until service time Sunday. Rev. Jay Stanley will be officiating the service and there will be a private family burial at a later date.   Honorary pallbearers will be Bill Hagan, B.J. Hagan, Jane Holt, Vance Simmons and Louise Sheffield.   In lieu of flowers, memorials may be made to Sanctuary Hospice House, PO Box 2177, Tupelo, MS 38803. Expressions of sympathy may be left at www.peguesfuneralhome.com.

The family of Betty Raines created this Life Tributes page to make it easy to share your memories.

Send flowers to the Raines family.